Breakfast: Today we were going to be tourists in our hometown. My favorite professor and thesis advisor from my days at Bucknell University was coming to Manhattan for a visit. Dr. James Pommersheim would be with his son, a Bucknell graduate, Dr. Jamie Pommersheim who is now a math professor at Reed College. They suggested meeting at MoMath, the new math museum. Gary and I had breakfast before heading out to the museum. He had oatmeal and I reheated the last of the Apple Turnovers. 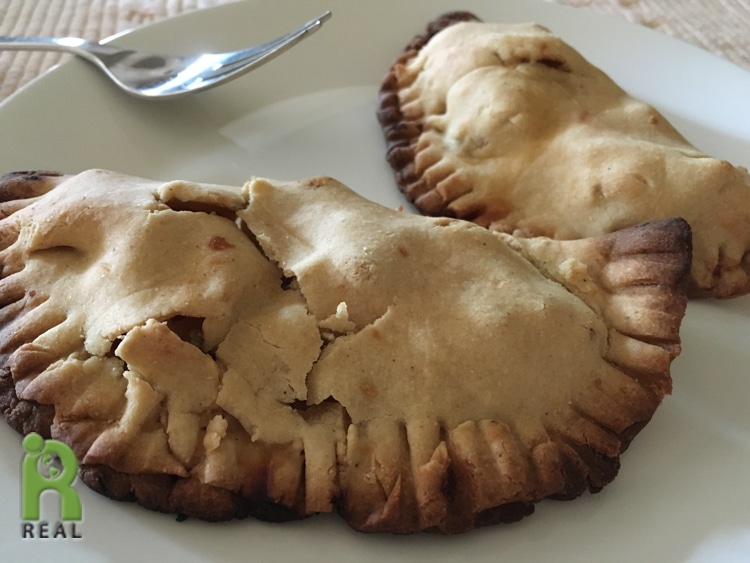 Lunch: I was excited about going to MoMath, the museum of Mathematics. We didn’t even know it existed. We had a lot of fun with all the interactive, hands on exhibits. There was even a square-wheeled car to ride on. We were each trying to find the way to remove a metal ring off of some other metal pieces by finding the right way to twist and bend them. One of the assistants, Michael Adams at the museum was chattingg with us. I was blown away to discover that he was a graduate of Bucknell and his dad was a math professor there. What a coincidence! Ray Bucknell! 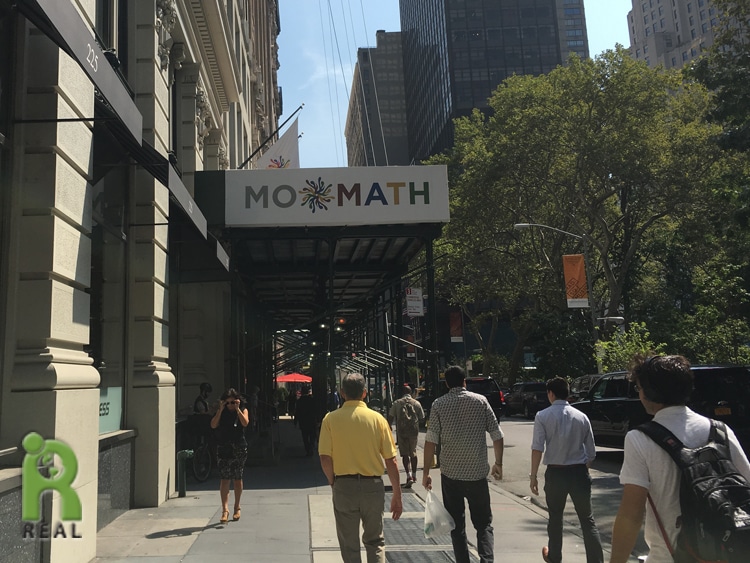 We were ready for lunch and I thought we might try by Chloe., which was very close to the museum in the Flatiron District. We had heard a lot about this restaurant and looked forward to trying it. From the website, “Chloe Coscarelli is an award-winning chef and best-selling cookbook author. Chloe first earned national attention after winning the Food Network’s reality-competition series “Cupcake Wars”, as the first vegan chef to win a culinary competition on national television.” It is a chain concept with two in Manhattan and 2 more coming soon, a couple more planned in Boston and there is one in Los Angeles. I suppose for a hip, urban fast-food restaurant, the vegan fare is much healthier than other alternatives like McDonald’s but it’s also pricier. I don’t care for ordering my food at the counter, sitting at a tiny table, served in plastic and paper as things are done at by Chloe. This was not where we wanted to be for lunch. We walked a little further down the street to another chain that suited us much better, Le Pain Quotidien. Although the food is not all vegan, there are many vegan options. A lot of dishes are organic and served to us at our table on real plates with metal flatware. I ordered the Lentil Avocado Salad with lentils, carrot, radish, fennel, arugula, sunflower seeds and lemon Dijon vinaigrette. Gary had the Quinoa Taboulé with quinoa, chickpeas, avocado, arugula and basil vinaigrette 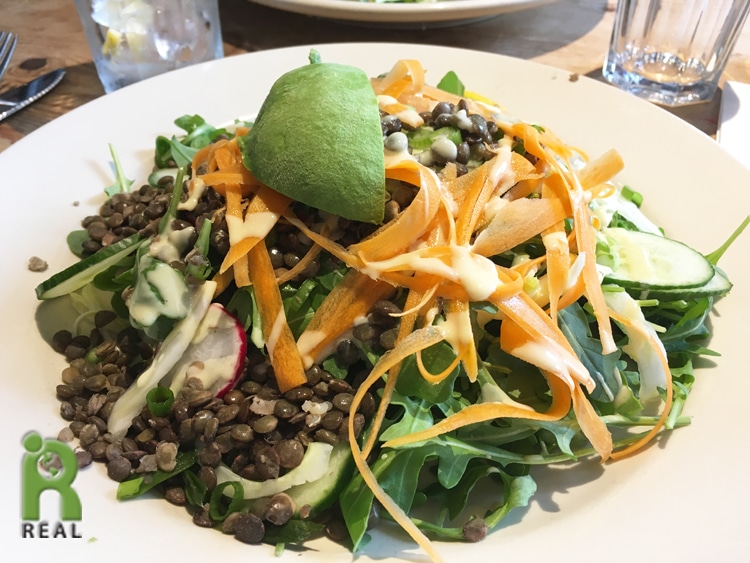 After lunch we took a subway uptown to the Museum of the City Of New York which was featuring a Roz Chast Cartoon Memoirs exhibition and Timescapes, 28-minute film on the history of New York City. Roz Chast cartoons are wonderful and we stood reading many of them, smiling to ourselves. Timescapes was fantastic. It covered a lot of ground in 28 engaging minutes and made us feel proud to be a part of the Big Apple.

Dinner: After the museum we walked down Fifth Avenue from 103rd Street to 59th Street. The two Dr. Pommersheims took off for the 911 Memorial and Gary and I walked over to the west side to the New York Library of the Performing Arts. By the time we found the book we were looking for we were exhausted. It was a hot day and we had walked a long way in the heat. And we were hungry. And Blossom on Columbus was only 19 short blocks away. It was cooler now and after a brief rest we walked there for dinner. It was Burger Night! We each had the Soy Bacon Cheeseburger with grilled mushrooms, tapioca cheddar, soy bacon, caramelized onions, lettuce, tomato, chipotle aioli, sesame seed bun. I got mine with a Salad and Gary’s mushrooms and left off the cheese. Gary had the Fries and a Pincus Hefe Weizen. What a wonderful day as tourists in our hometown. 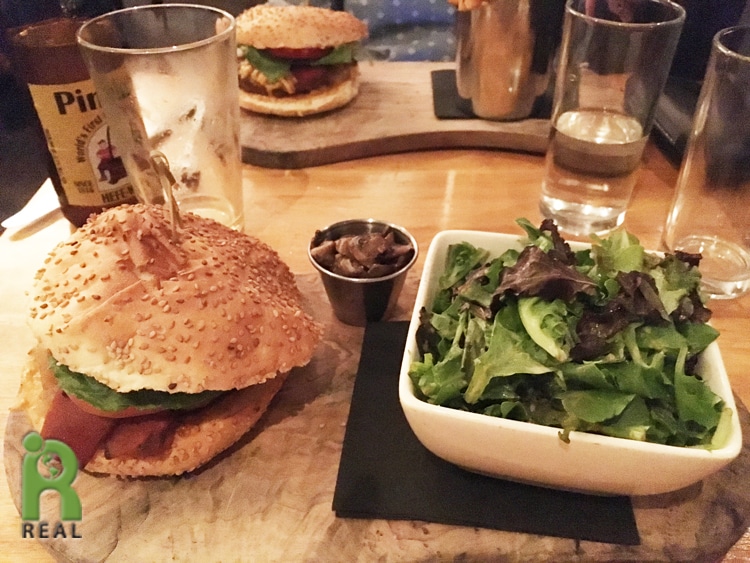