Breakfast: I sipped on Vanilla Black Tea while Gary was inspired to make Corn Bread. We’ve both made this no-fail recipe many times over the years, sometimes adding in something extra to spice it up a bit. We hadn’t made this recipe in a while. Somehow, something went awry. The batter took forever to cook, almost twice the time. In the end, Gary sliced it and then put them back in the over to toast. I nibbled on one. It was crunchy and tasted fine – but what happened? We will never know. The odd thing is that this was the third baked item we made recently where the batter was wetter than expected and took longer to cook. Nothing goes to waste here at Responsible Eating And Living and the misses are always re-imagined into hits with a tweak here and there.

Lunch:
After having the filling Vegan Cobb Salad at the Cheesecake Factory I wanted to come up with one of my own. To begin with, I got some brown rice cooking. Then I prepared a head of Cauliflower for steaming. While they cooked I made a Kale Salad with Grated Carrots and Chopped Celery, tossed with Seed Caesar Dressing. I arranged it all on chargers (large plates), added some of my homemade Ruby Kraut and garnished it all with chopped Almonds. This was a winner! 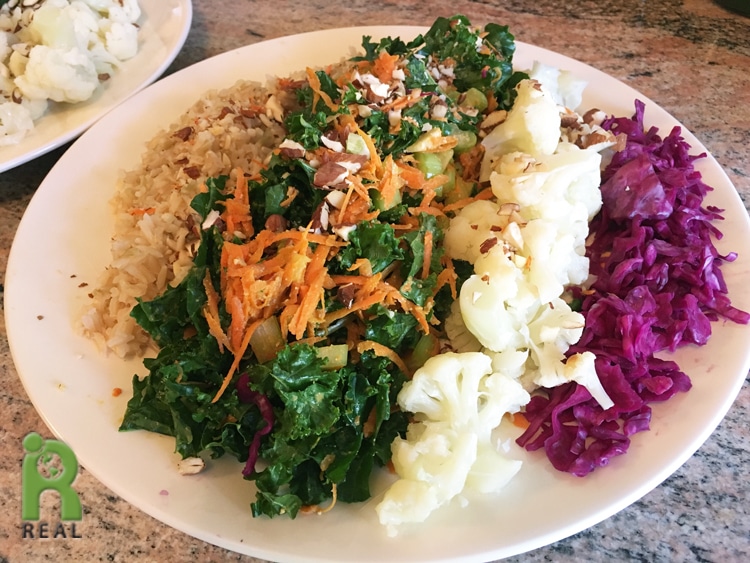 Dinner: We were satisfied all day thanks to those giant salads. I had cooked some Black Beans and thought we might have some tacos for dinner. We went for a walk in the neighborhood and looked in all the markets for avocados while we were out. Unsuccessful we came home empty handed but not really hungry. I took a small about of beans, added cumin, turmeric, garam masala, garlic powder, nutritional yeast and black pepper and warmed a couple of Corn Tortillas. That and a little Sweet as Honey Cake (it was the beginning of Yom Kippor after all), made a meal. 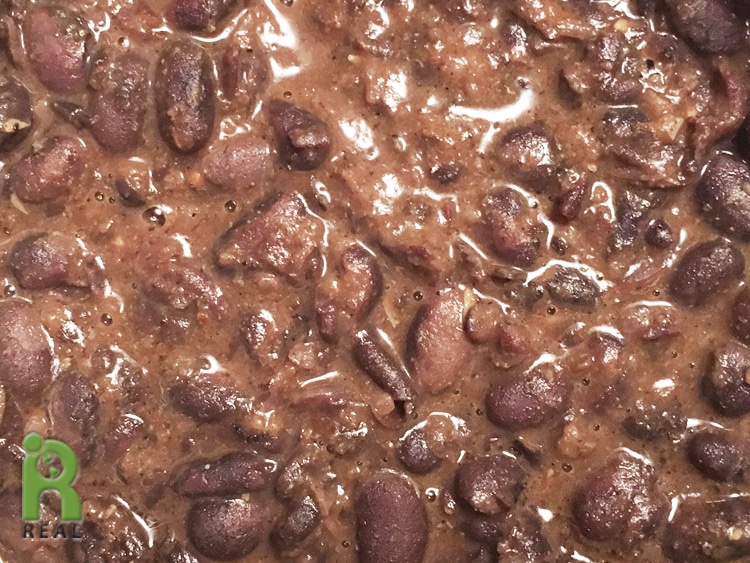 Evening: We each chose our own evening teas. Gary had Rooibos Chai, hot and I had cold-brewed Chamomile Mint.