Breakfast: This is the only kind of “box” cereal I will eat – Rolled Oats, served in a box-shaped bowl, with Cashew Milk, Chia Seeds, Pear, Coconut, Cinnamon and Blueberries 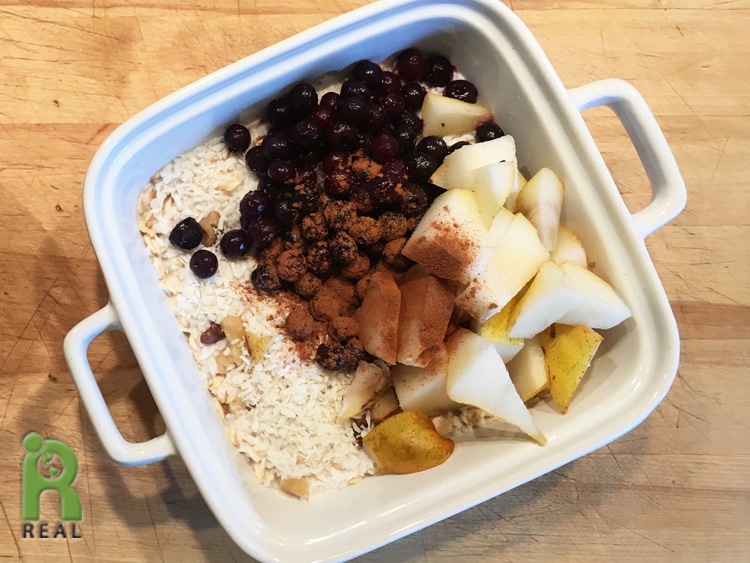 I love my salads big and green! I filled a big bowl with mixed greens, tossed it with some Little Seed Caesar Dressing and topped it with Navy Beans and chopped Red Onion. 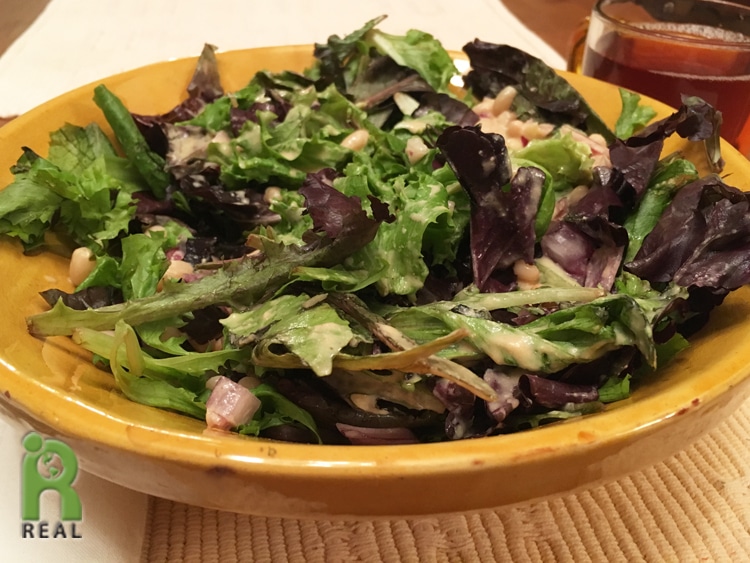 Yesterday I had made a pot of Navy Beans with the idea of making a Cassoulet. When it was finally done, I wasn’t very hungry. It smelled so good, I had a small bowl.
Dinner: 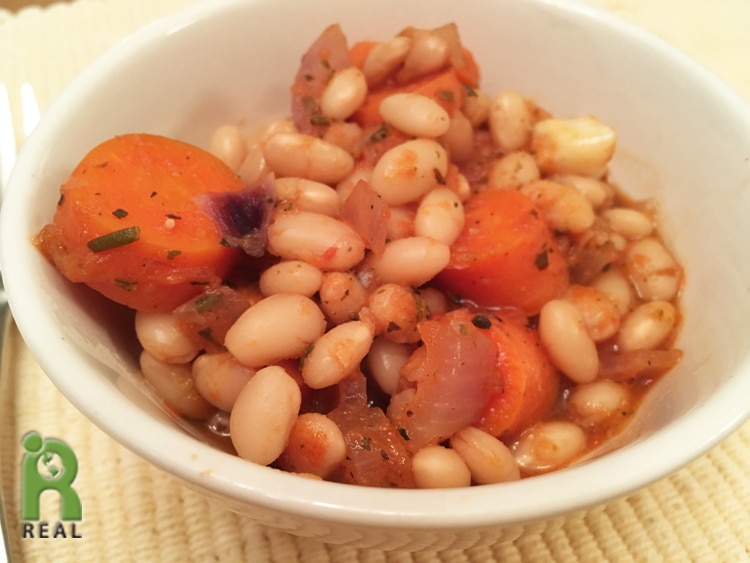 A little later, I took one of the Poached Pears I had made yesterday and served with with Raspberry Coulis and Cashew Cream. I love this kind of food. 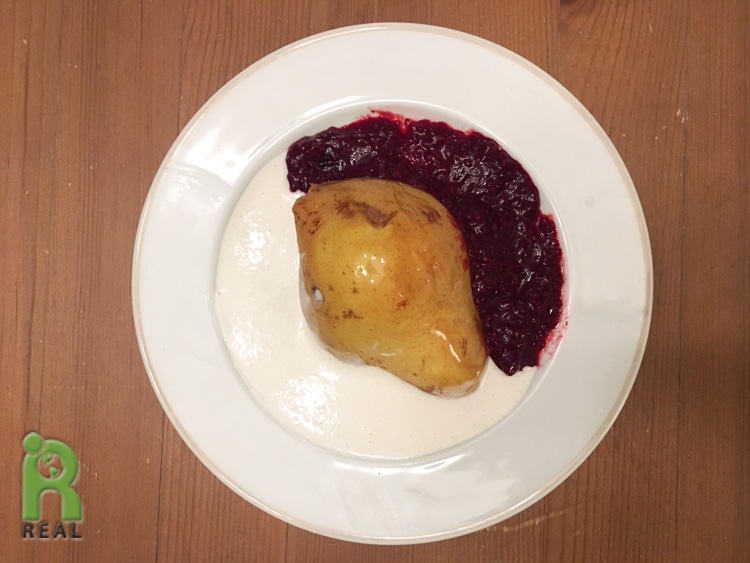 Evening: Just before bed I went for a Banana. They have melatonin and are supposed to help you sleep. Good night!