Brunch: Today was the day. We would be flying to California on an evening flight. We had planned to have everything done yesterday, get a good night’s sleep and meet some friends for breakfast. Everything went according to plan except for the sleeping. We couldn’t sleep. Perhaps we were excited and/or nervous about the upcoming trip and all that would be involved with it. I don’t know. I do know that the day after a difficult night is not an easy one. We met Gary’s old friend Dan at Le Pain Quotidien and another friend of Gary’s he hadn’t seen in decades, Sebastian, joined us about an hour later. We began breakfast with tea. This restaurant does a lovely job with tea, served in large bowls with nice pots. Gary and I also ordered the Super Green Blend with kale, celery, cucumber, pineapple, lemon, apple, ginger and mint. Super yummy! 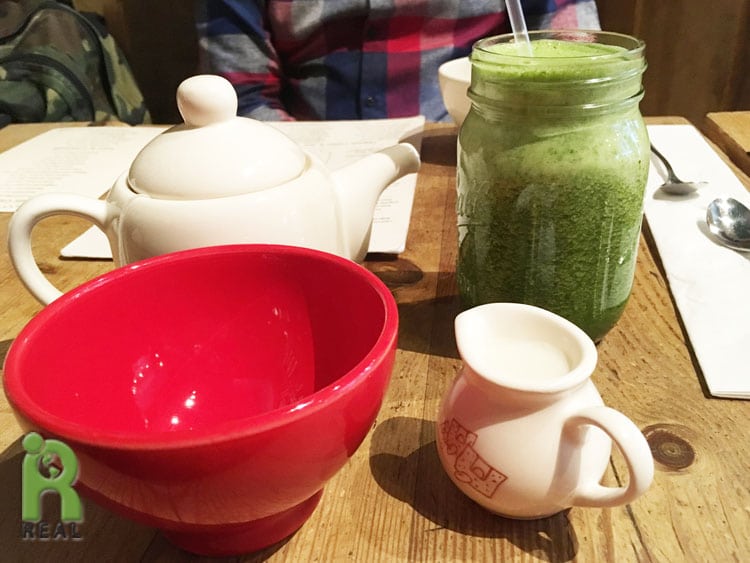 A little later on we ordered more food. Gary went with a big bowl of Oatmeal with Bananas and some of Le Pain Quotidien’s great bread. I ordered the Six-Vegetable Tart which is vegan and gluten-free, made with artichoke, vegetables and tofu on a buckwheat crust. I hadn’t had it in a long time. When I tried it again, I remembered why. The tart was just okay. It just tasted like a lot of cooked fiber, not much flavor. I was glad it came with a salad because I was hungry. I thought about how I could make a better version of this tart. Perhaps you will see a REAL version here soon. 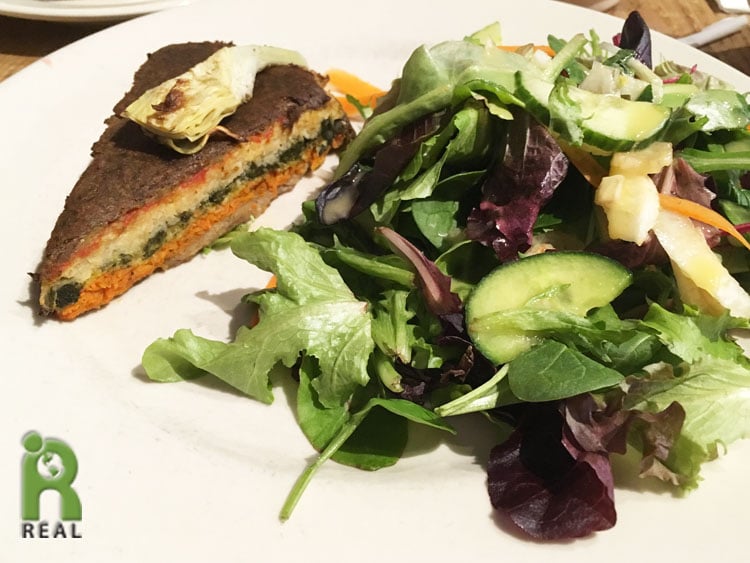 Dinner: The kitchen water is still off in our apartment. It was not a good time to start cooking especially since we would be leaving. There was only one good option – order a delivery from Green Zenphony and take it with us on the airplane. The trick was to order items that were dry, without sauce so that airport security wouldn’t confiscate our “liquids”. We chose Pan Fried Dumplings, Veggie Roast Pork Fried Rice, which we had never tried before and Gary’s favorite, Veggie Beef Chow Fun. The dumplings were devoured before we left the apartment to go to the airport.

Once at the airport we settled in for dinner. 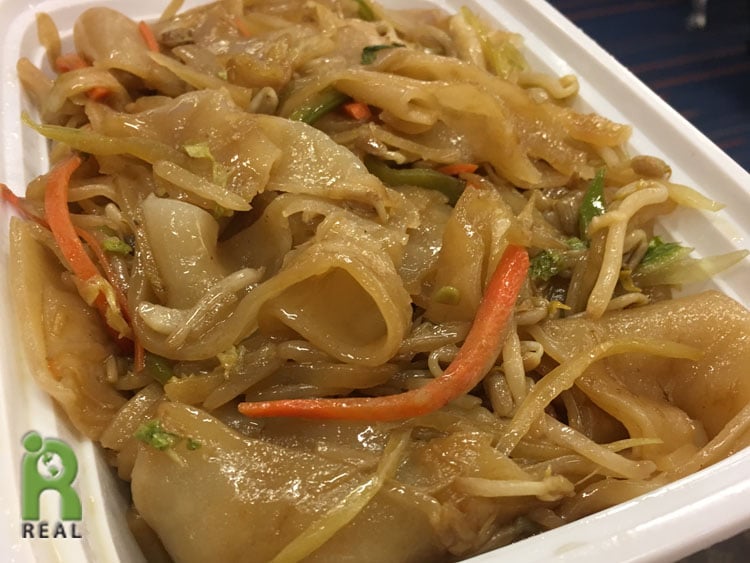 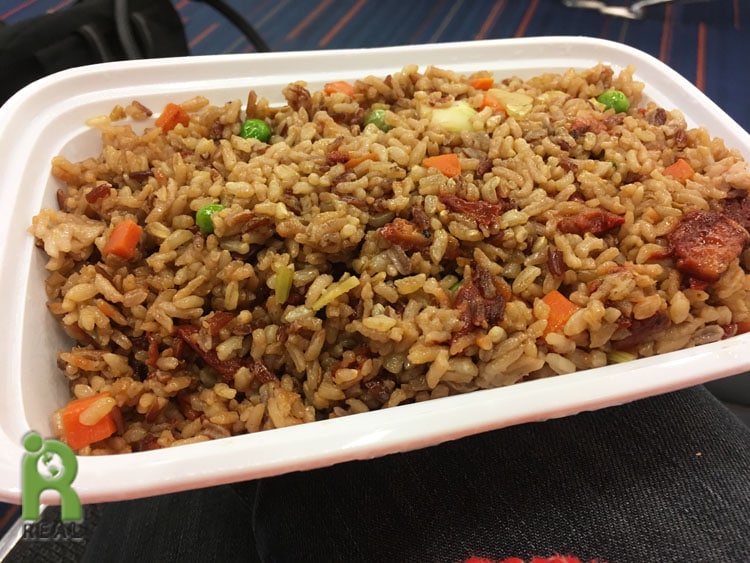 On the plane we enjoyed the other treats we had brought along: an Apple, an Orange and those Oatmeal Chocolate Chip Cookies I had made a few days ago.

We arrived in San Jose, CA at around 11pm. Gary’s cousin Nancy and husband Wade greeted us there. They gave us a big bag of citrus fruits from their trees. 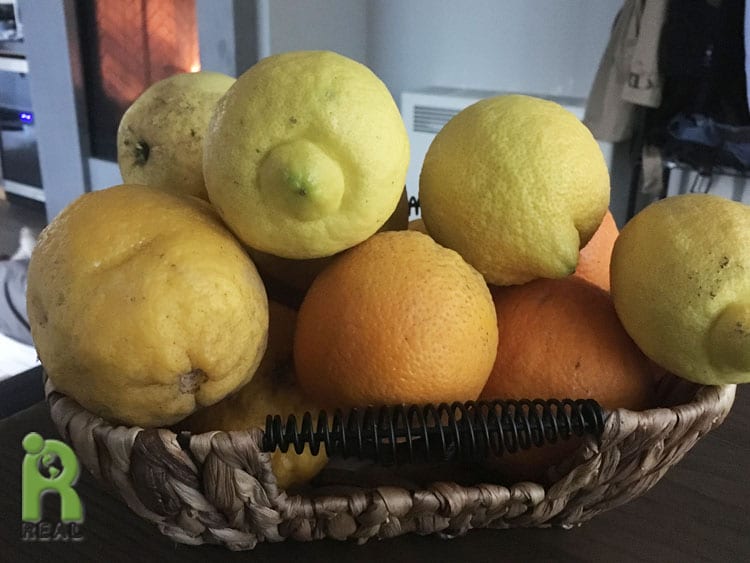 Evening: Once back at “home” (Once again we will be staying in Gary’s brother’s pool house while we are here) we had some Trader Joe’s Well Rested Tea before getting the sleep we so desperately needed.