Breakfast: Staying in a family member’s pool house for 2 months while working in California I typically wake when the sun comes up because the light comes in through the shades. I am not ready to get up and if I can’t fall back to sleep I read various newspapers from my phone. It used to be a pleasurable way to wake up. Now with the new federal government administration and our so-called president installed, each morning arrives with an emotional thud; like when Dorothy’s house fell out of the sky, hit down in Oz, and she said, “Toto, I don’t think we’re in Kansas anymore.” Well, maybe this is Kansas, a red state, that voted in 45. Are we really the United States of America? Once up, the only sane thing to do is make tea. I made a pot of Chai with Soy Milk and a little Agave for sweetness. With the news leaving a bitter taste in our mouth, the added sweetness is comforting.

Lunch: I had been craving Greens with Ginger and Gary made some, served with Millet. We like to add Nutritional Yeast and Hot Sauce to this simple dish. 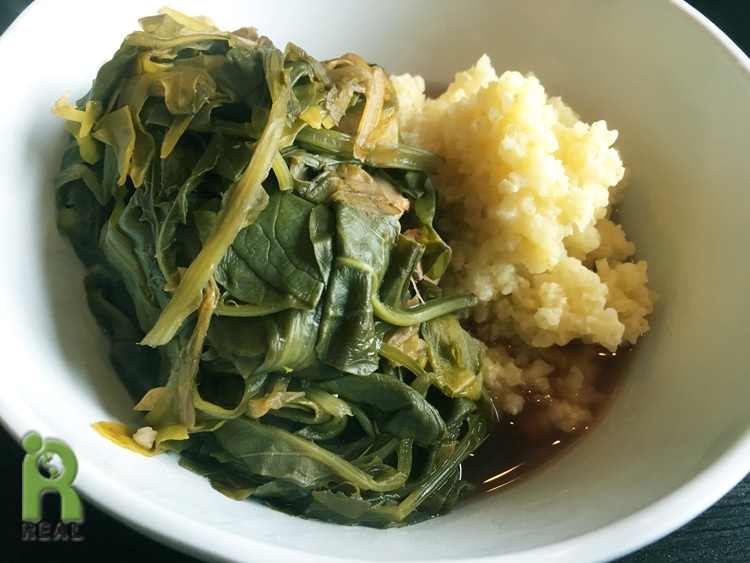 Snack: Katie, one of the Fiddler on the Roof co-producers bought us a box of Cacoco Drinking Chocolate made in Santa Cruz California. There are four flavors and we got the Fire Walker made with Unroasted Cacao*, Coconut Crystal Sugar*, Cacao Butter*, Mucuna Seed*, Himalayan Salt, Rhodiola Root*, Reishi Extract*, Habanero* (*Notes Organic). Gary prepared a cup for each of us. POW! That’s one delicious drink. It is not sweet at all and the Habanero leaves a warm sensation after you swallow. We went off to our evening rehearsal fully energized. 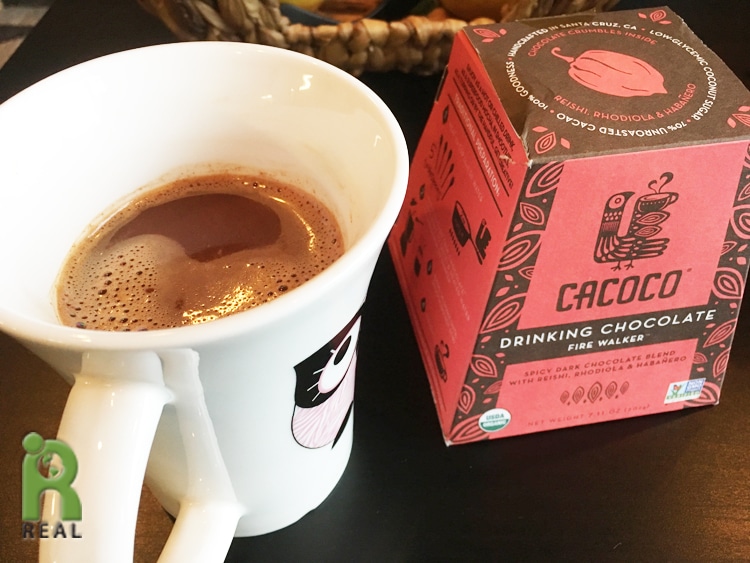 Dinner: After rehearsal we both knew where we wanted to go for dinner – Veggie Grill at Santana Row. We were there last night and couldn’t wait to get back. I ordered the Fork & Knife BBQ Mushroom Sandwich with Cremini Mushrooms, house-made BBQ Sauce, Kale, Cabbage Slaw, crispy Onion Rings. Those onion rings are good. I almost went back to order an extra side of them! It was served with a Veggie Beef Barley Soup. 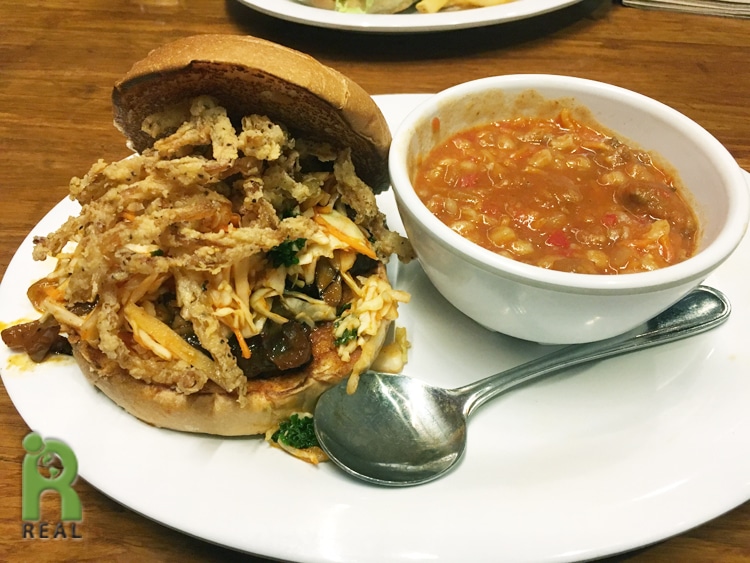 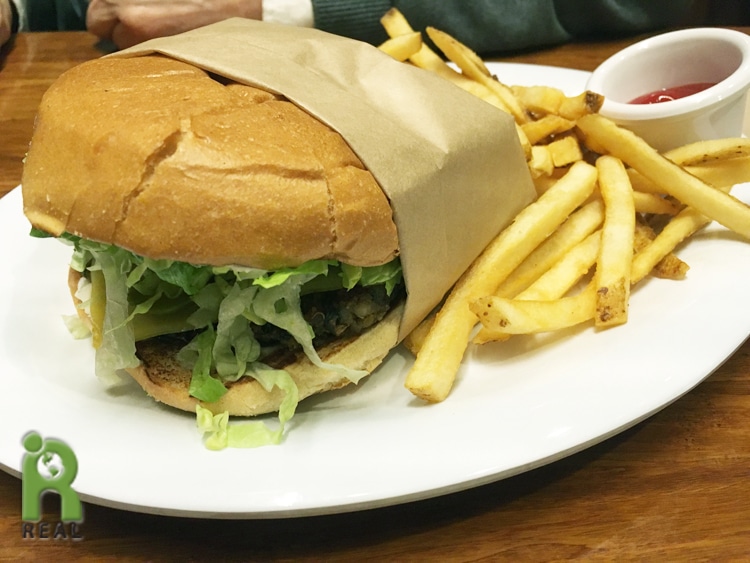 Evening: Back at the pool house, weary with full bellies, we made peppermint tea. We started watching a corny film on Netflix and then switched over to late night political satire with Steve Colbert, Jimmy Fallon and Seth Meyers.