Breakfast: TGIF! Fridays mean no rehearsal and a mad dash to finish all the work that didn’t get done for the week. I caught up on this blog, added a new recipe, edited transcriptions done by volunteers of our It’s All About Food podcast, and all that before breakfast! While working I made a pot of Polenta Cereal with Dried Apricots and Bananas, along with a pot of Chai Tea. The Polenta was topped with Chia Seeds. I sliced up some fresh Oranges too. 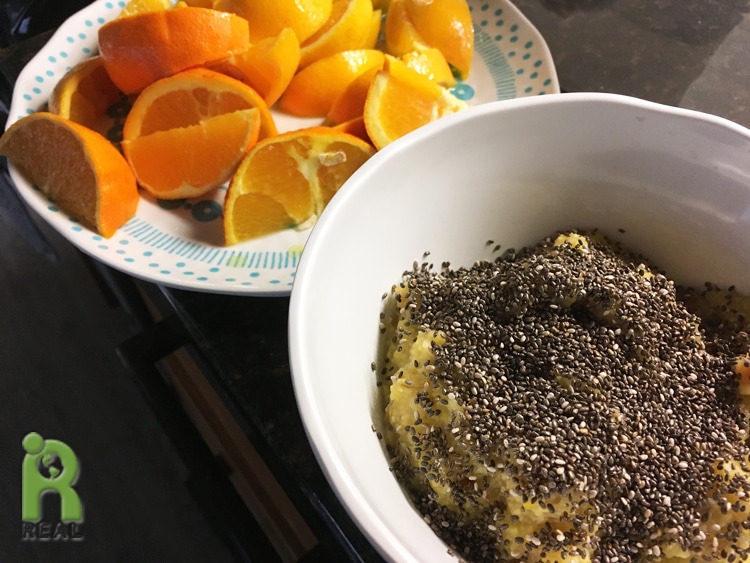 Lunch: Still working away, we opted for a simple lunch/snack: Corn Thins with Peanut Butter and a drizzle of Agave. 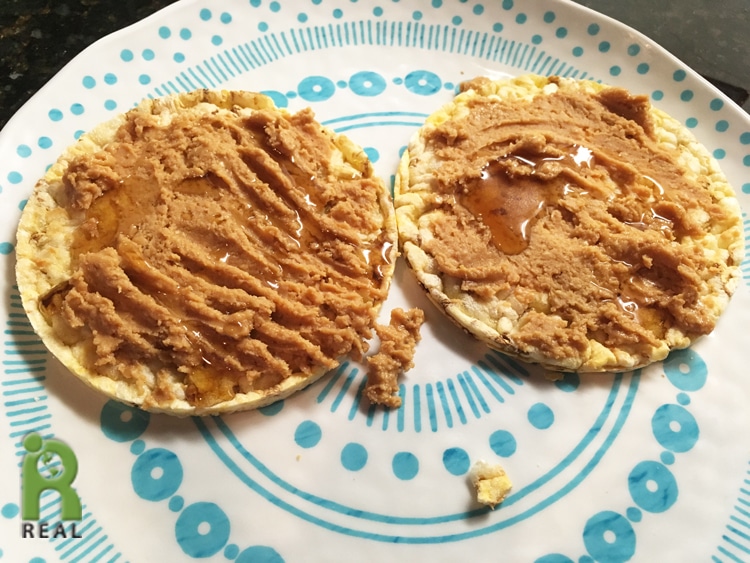 Dinner: It had been raining all day and we needed to get out. I had read that the lunar eclipse was about to take place. The full moon was stunning, even through the clouds. We went down to Los Gatos and watched the moon for a while, waiting for the eclipse. Unfortunately we had just missed it but looking at the moon for several minutes was lovely enough. We walked over to Andale for our favorite Fajita-Style Tofu Burrito. It’s been almost 2 weeks since we’ve been here and so much has happened. The Muslim ban was enforced, then stayed and now the ninth circuit court of appeals ruled against reinstating it. There are so many things that we could be working on in this country – improving our roads and bridges, helping the homeless, feeding the poor, curing diseases, and on and on. This Muslim ban is cruel and unnecessary; an embarrassment to this nation and the ideals it was founded upon. 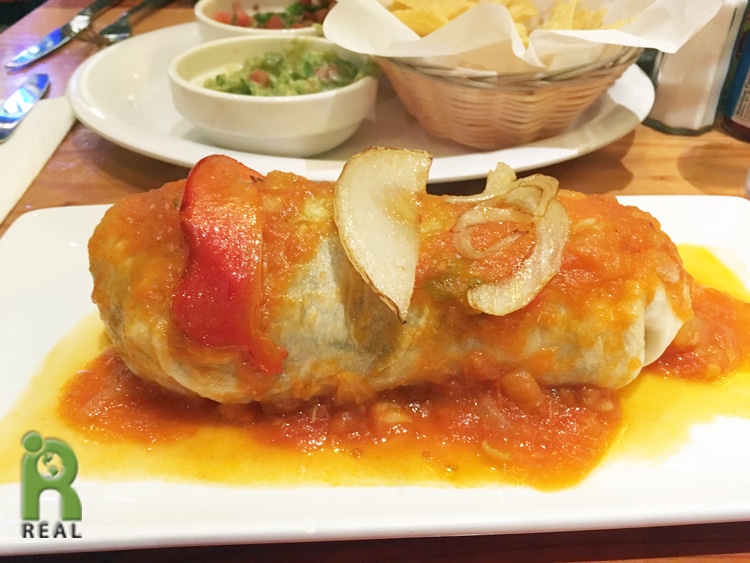 Evening: Peppermint tea is our only herbal option right now and that’s what we had. Settling in we wanted to watch a movie. As I finished up a project Gary checked out Netflix to find something. It is difficult navigating through Netflix and it takes a long time to find something good to watch. We had selected something terrible the night before and wanted to watch something of quality, with an inspiring story. We opted on a movie we had seen before, Woman In Gold, about the Klimt painting, Adele Bloch-Bauer. Some of you may be familiar with my own story with the Adele Bloch-Bauer, I wrote about it in 25 Women Who Have Survived Cancer. We had seen the film before and liked it so we queued it up to watch again. It was a totally different experience this time. The scenes of the Nazis banging on people’s homes in Austria, stealing their possessions; treating them like criminals felt eerily similar to the deportations that had just happened here in the United States, along with the Muslim Ban a few weeks ago. We watched the film with a knot in our guts and a lump in our throats. Is history really repeating itself?