Breakfast: My brother is starting a new musical ensemble with two colleagues called Audible Abstraction and they have invited me to sing with them as a guest artist. They were coming over for a rehearsal. Gary suggested making some Corn Bread. I did just that and brewed a couple of pots of tea, Vanilla Black Tea and Bai Mu Dan White Tea. 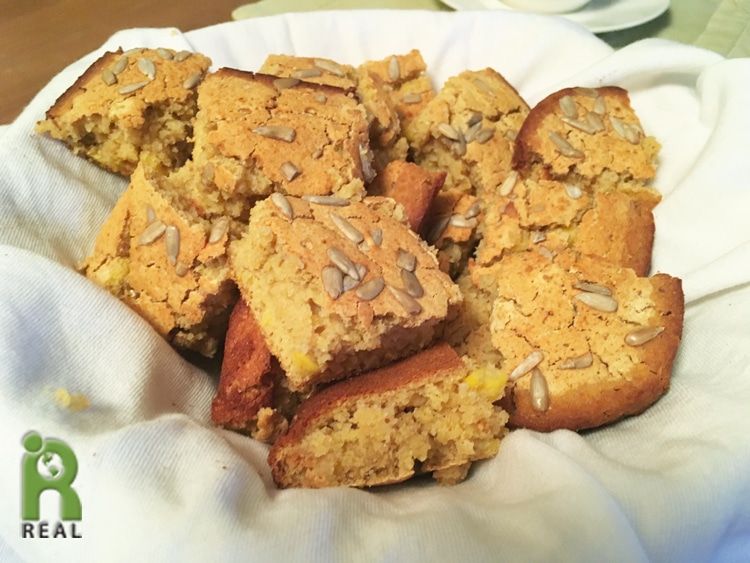 Lunch: After the rehearsal I was hungry. I completely forgot I had made some Maki yesterday with the lunch leftovers. I call it a Sushi Burrito, since I filled it with the Whole Grain Mix (Millet, Brown Rice, Red Rice and Black Rice), Black Beans and Avocado and topped it with Sriracha Sauce. 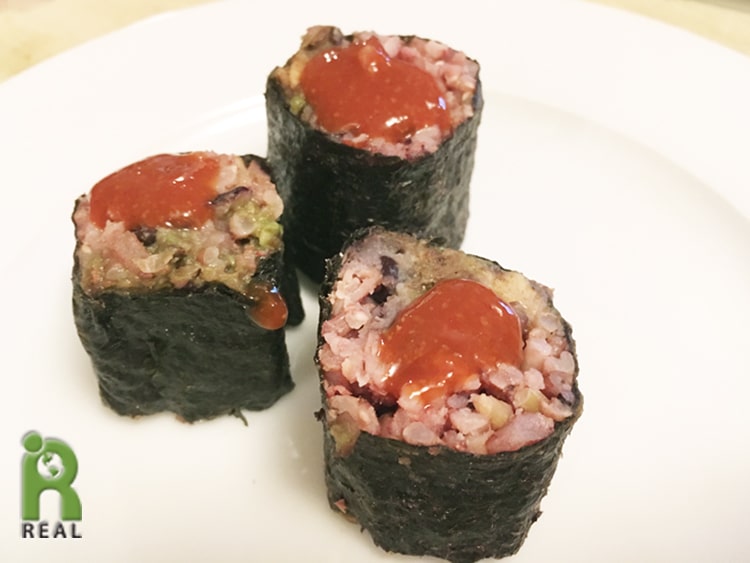 Dinner: We were going out to the theater tonight. At first we thought we might go to one of our favorite Manhattan vegan restaurants but it was raining and we preferred staying home. Gary made a giant Romaine Lettuce Salad with Tahini Dressing, topped with Black Beans and served it with Baked Potato Fries. He made the Ketchup too and served it warm. After eating about three servings of salad I had that feeling of never needing to eat again. 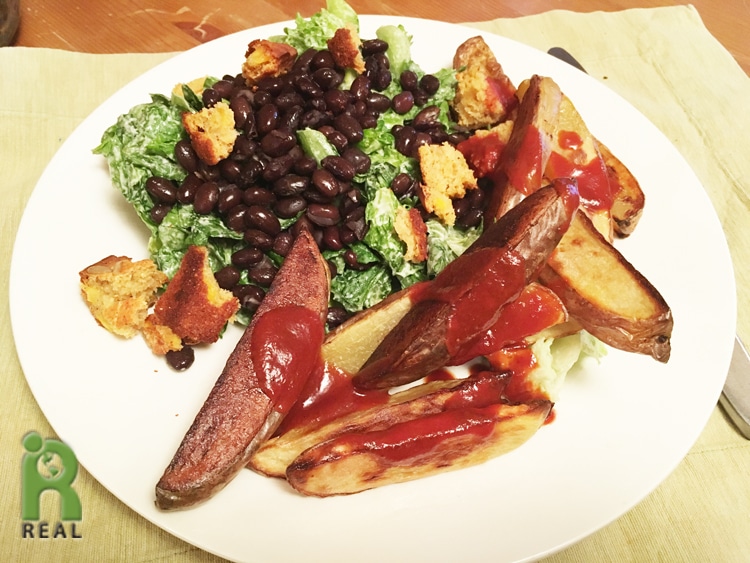 Evening: We were going to see The Hairy Ape, by Eugene O’Neil, starring Bobby Cannavale at the Park Armory. We had never been inside The Armory. What a gorgeous space with rich dark woods. Even the bathrooms were stunning! We sat in awe of the space, enjoying Stella Beer before the show. 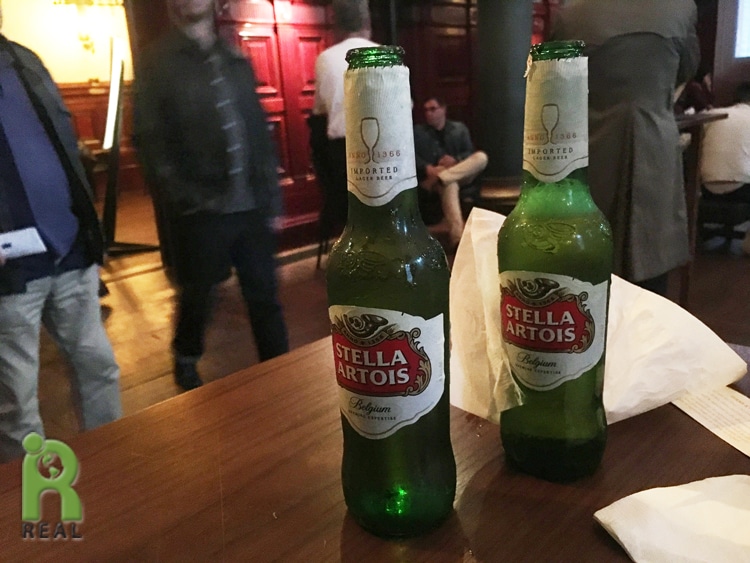 The play was spectacular and we were mesmerized. The direction and acting were brilliant. I nibbled on a little dark chocolate while watching. Originally published in 1922, The Hairy Ape is an expressionist play about a brutish, unthinking laborer known as Yank, searching for a sense of belonging in a world controlled by the rich. There were even a few references to the cruelty of animal slaughter and animal exploitation in zoos. Almost one hundred years old and we could not help but relate to the themes that are still challenging us today. Just today, we were reeling over the real news of the United States dropping missiles on Syria. Once at home, we tried to make sense of it all over Vanilla Almond Rooibos tea.