Breakfast: Gary and I had a date with my brother’s kids in Manhattan while he was at a music rehearsal. My niece is 12 and my nephew is 10. We had a little more than three hours and I prepared in advance to make sure everything went smoothly. My niece is in a ‘Hamilton Camp’ learning songs from the musical and the history. She wanted to visit the grave where Alexander Hamilton was buried. The Smithsonian – National Museum of the American Indian is close to the Trinity Church Graveyard, housed in the Alexander Hamilton U.S. Customs House so I thought we’d go there too. Afterwards we’d head back up to midtown where my brother was rehearsing and have lunch. My friend Nancy was visiting from San Francisco with her son, who is almost 7. I wanted to find a fun restaurant that could satisfy everyone’s needs, which included vegan, vegetarian and gluten-free! We met at Grand Central and took the subway down to Wall Street. Then we saw Hamilton! 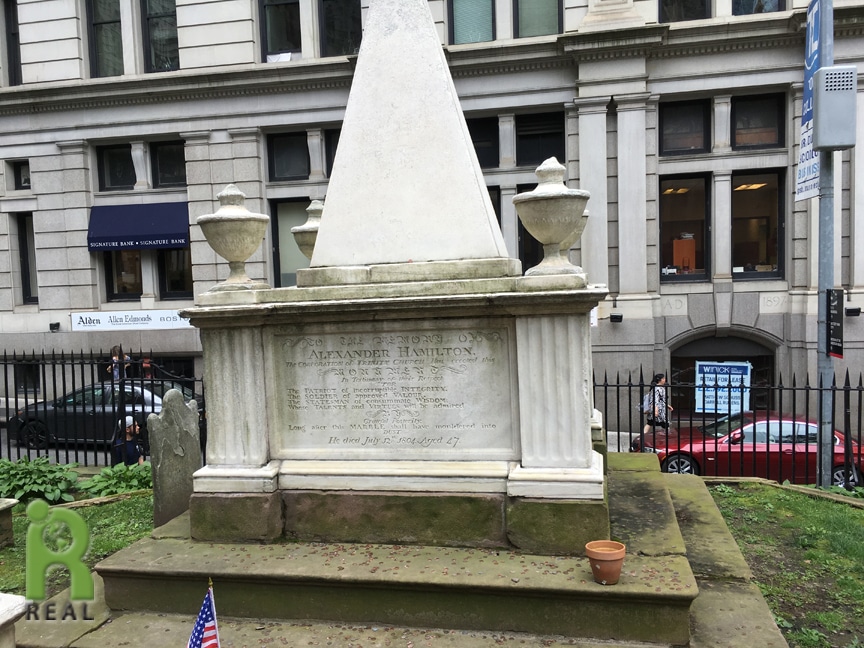 When we had walked all around the small Trinity Church Graveyard I was ready to charge on to museum. But alas, both boys were hungry. I had not planned for this! I had to find something nearby that was gluten-free and vegetarian/vegan-friendly. I was considering Terri or SweetGreen and as we walked in their direction we passed Pressed Juicery. Gary and I know Pressed Juicery from California and knew everyone would love the Freeze. Ice Cream for breakfast. Hooray! Plus it is vegan and gluten-free and made from whole foods. It’s good for everybody. Check out the menu and pick your flavor. 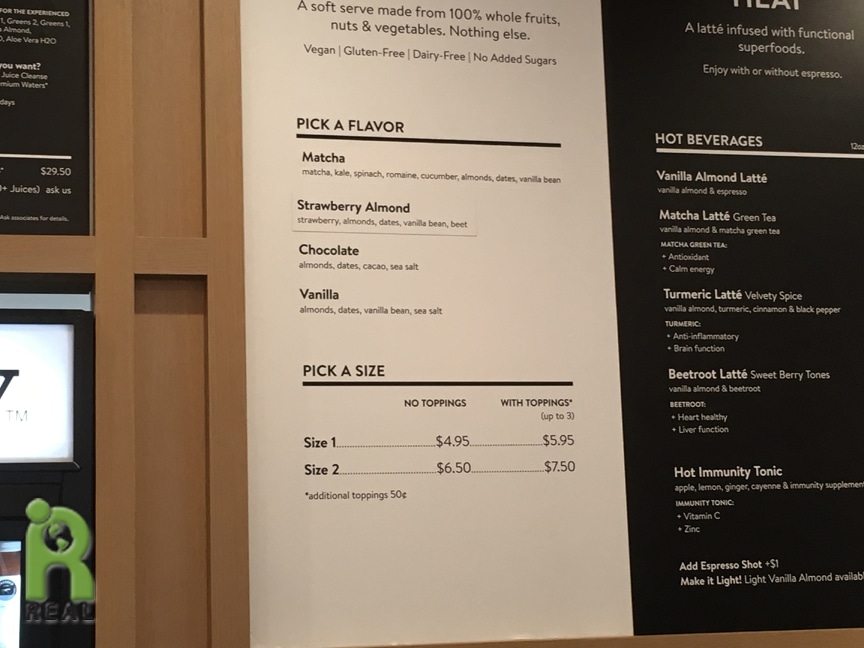 I got what my niece ordered, the Chocolate with Blueberries and Raspberries. 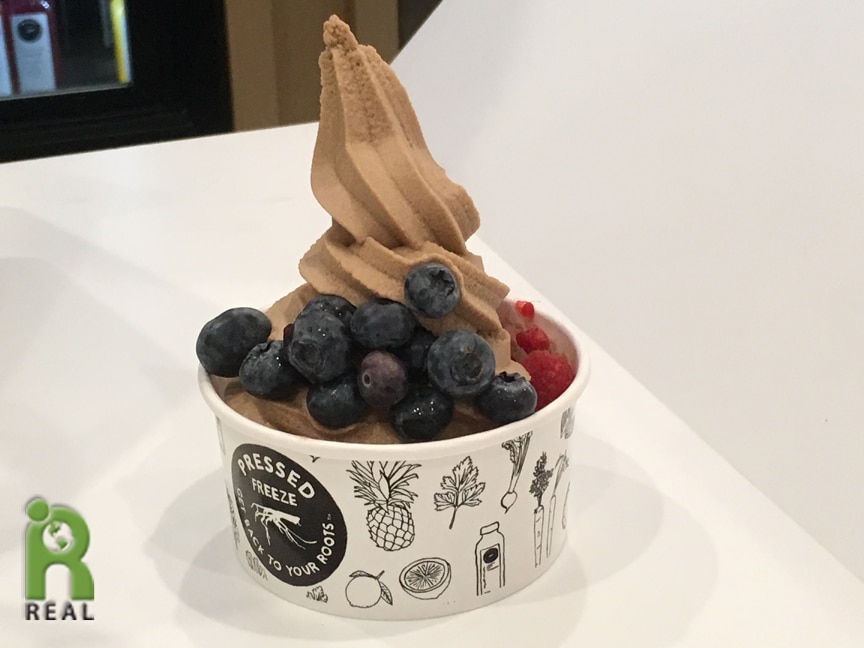 Happy People! Gary was the photographer. He opted for a Green Juice instead of the Freeze, with Celery, Cucumber, Kale, Lemon, Parsley, Romaine and Spinach. 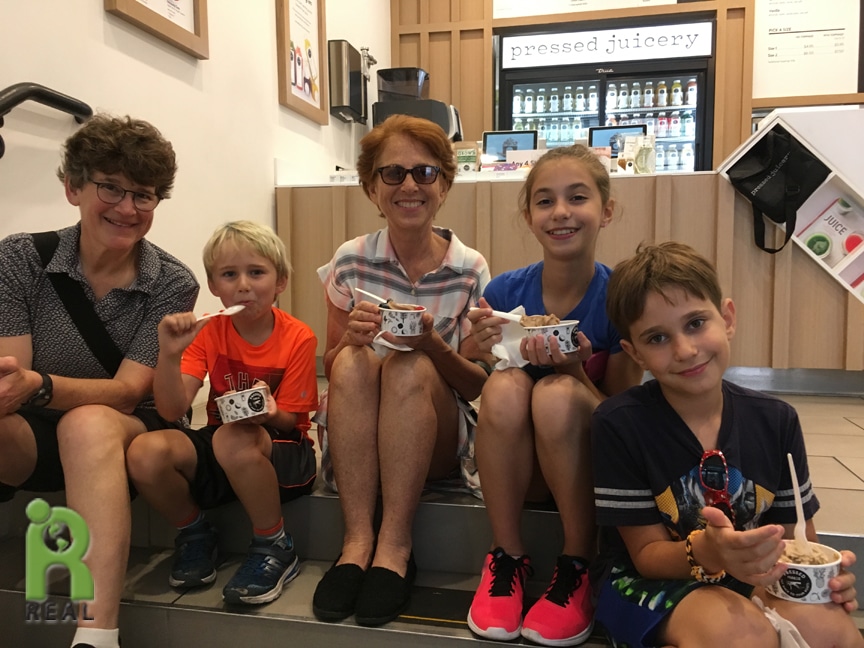 Nancy needed some coffee and we had just passed Starbucks and Dunkin’ Doughnuts. The boys lit up and went into Dunkin’ Doughnuts for Bagels and Hash Browns while Nancy went into Starbucks. After a bunch of bathroom breaks we were all ready to walk over to the museum. I can’t believe I had never been there. The museum is housed in Alexander Hamilton U.S. Customs House, an impressive piece of architecture, inside and out. The museum is small, and you can manage walking through it quickly. The Native Fashion Now is a fun exhibit that everyone liked looking at.

I was feeling a bit stressed to get everything in on my agenda and be done by 2pm when my brother would be ready to get the kids and head back on the next train home. But Nancy wanted to see the Wall Street Charging Bull and Fearless Girl statues and we were about a block away. As we headed over there I tried to explain about stocks, and Wall St. and the meaning of the Charging Bull and the new Fearless Girl Statue. The spot was crowded with people want to take photos of themselves with the statues. I don’t think that bull has seen so much attention since the Fearless Girl arrived to confront him. I hope she sticks around. Then we got on a subway and headed to midtown for lunch at Friedman’s.

Lunch: Friedman’s website boasts how gluten-free friendly and careful they are so I was confident we could eat there worry-free. It was crowded and they seated us in Brown Bagel’s next door, which is connected indoors. I was concerned to be seated in a gluten-laden bakery but my concern dissipated quickly. I express my concern to the server about needing one meal to be 100% gluten-free. She told me they even had gluten-free bagels. My niece’s eyes widened in excitement. She wanted one of those. We all ordered our lunches and I picked up a couple of bagels, one sesame and one gluten-free plain for my nephew and niece on their return train trip home. I ordered the Veggie Bowl for me with Quinoa, sautéed Japanese Eggplant, Baby Bok Choy, Carrots, Bean Sprouts, Edamame, Scallions, and a Sesame Lime dressing. 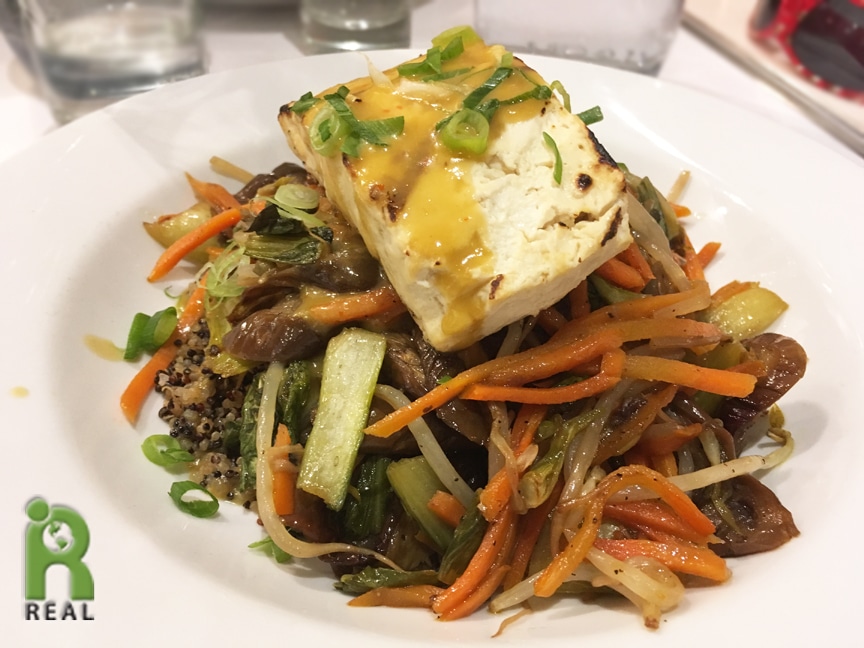 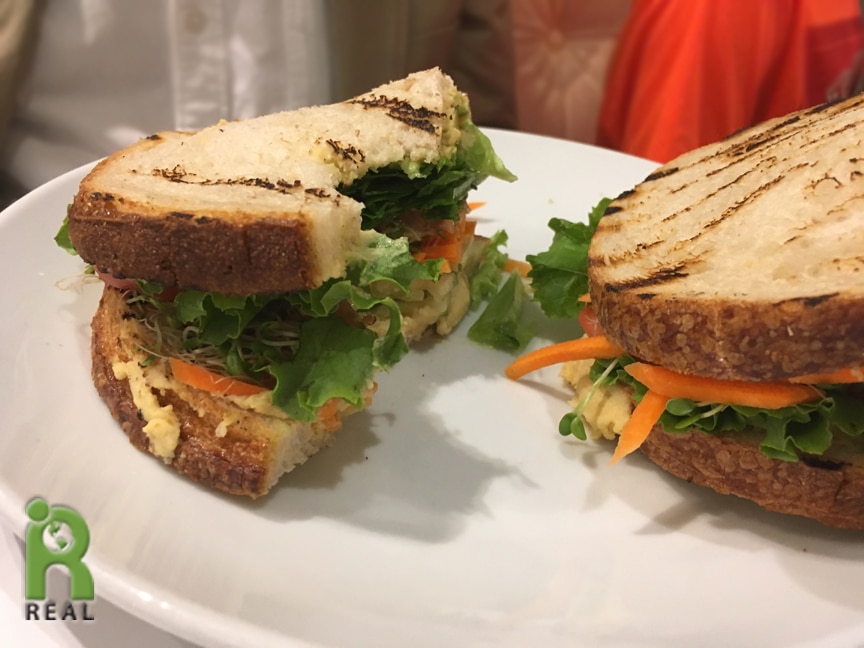 He also got the Sweet Potato Fries. He saved half of the sandwich and some fries to give to my brother (who is also vegan) so he’d have something for the train ride home too. 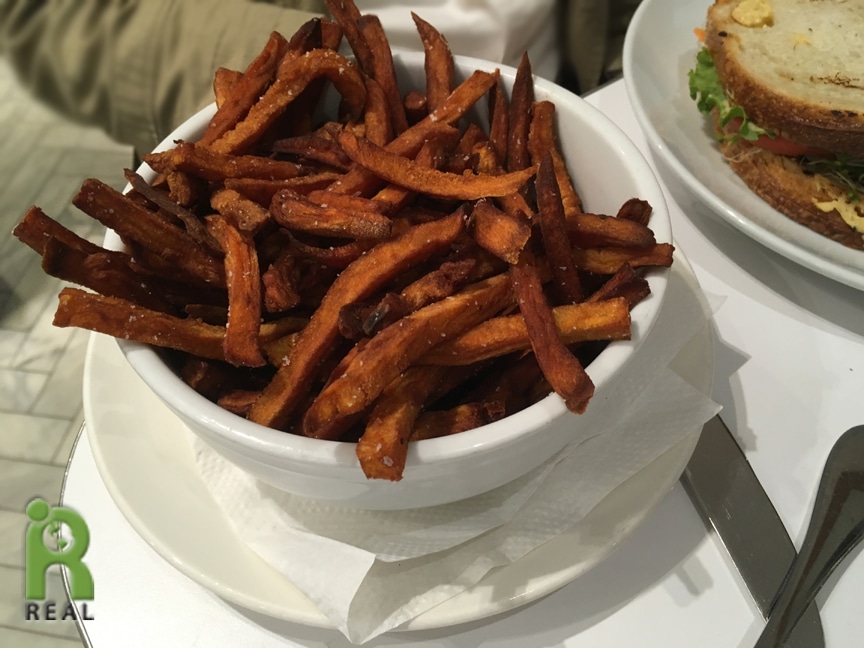 Dinner: Nancy and her son went west to tour the Intrepid and we walked my brother’s family to Grand Central. I was wiped out! We took the subway home and later made a very clean, simple meal of Mung Bean Dal and Garam Masala spiced Rice (made with Brown Basmati and Red Rice). 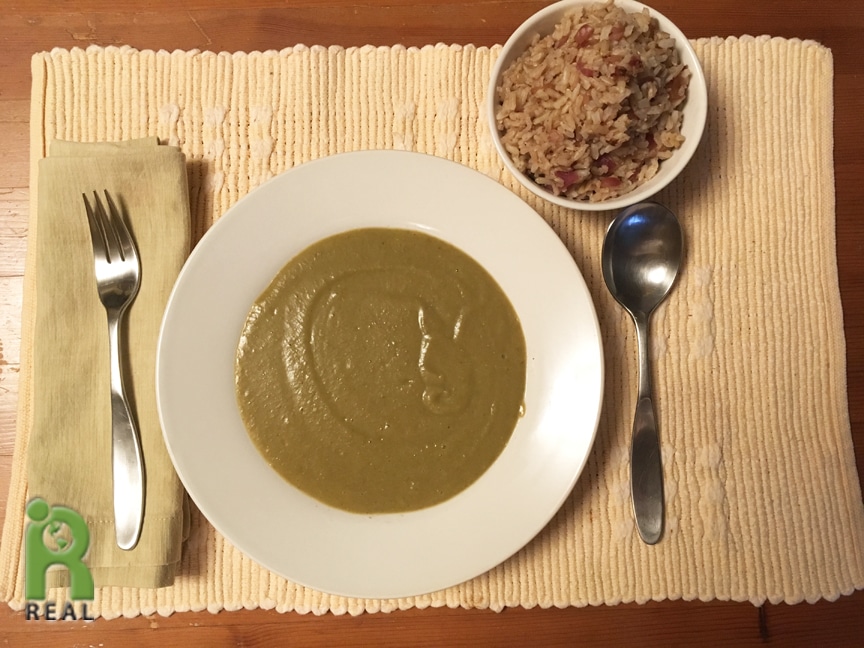