Breakfast: I went to sleep dreaming of a Sludgie. Yes, it is true. When I awoke, I knew what I was having for breakfast. This was a Sludgie light, or a very thick smoothie made with the usual ingredients – Kale, Kale Stems, Peanut Butter, Cacao Nibs, Flax Seeds, Frozen Bananas and water. There was only one problem. We are not eating a lot of Peanut Butter these days. Gary decided a while ago it was time to lighten up on this favorite food of his. When I opened a new jar awhile ago the oil had separated and I poured it off in a container and put it in the refrigerator to use for something else. Then I stirred the peanut butter and put it in the refrigerator. I used it once or twice in a month, maybe longer. When I opened it this morning there was a little mold. The question is, did the mold appear because I removed the oil? Or because I removed the oil and didn’t use it for a while? Or was it bad peanut butter to begin with? Or did I contaminate it somehow, the last time I opened the jar? We’ll never know! What do you think? Fortunately there was another unopened jar of peanut butter in the pantry. I stirred it up, oil and all, and added some to my Smooth Sludgie. It was a dream come true. 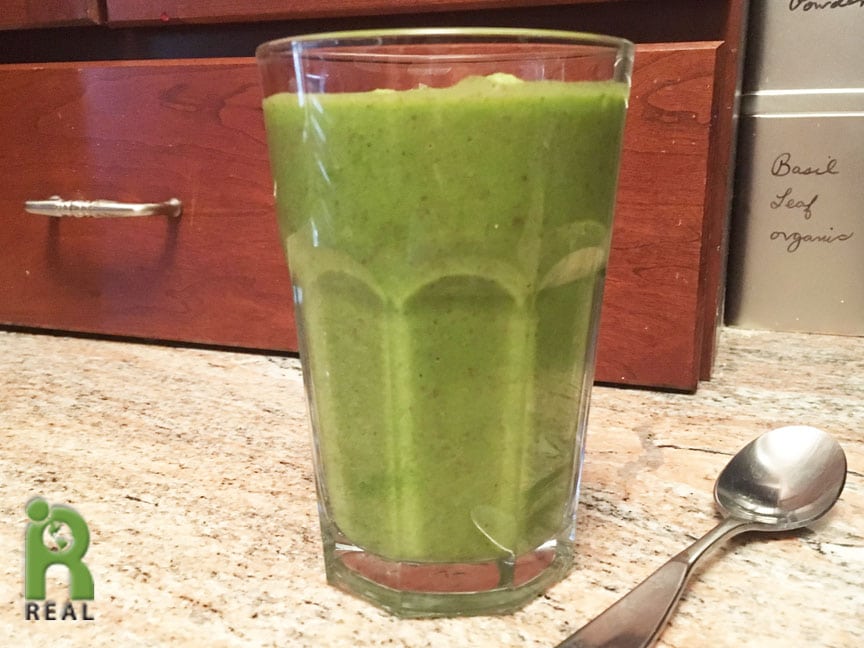 A favorite thing to do on a Saturday is read the New York Times and drink tea. I haven’t had a chance to do this in a long while. Gary made Teeccino with Soy Foam, dusted mine with lots of Cinnamon like I like it, and I settled back with the New York Times Magazine. 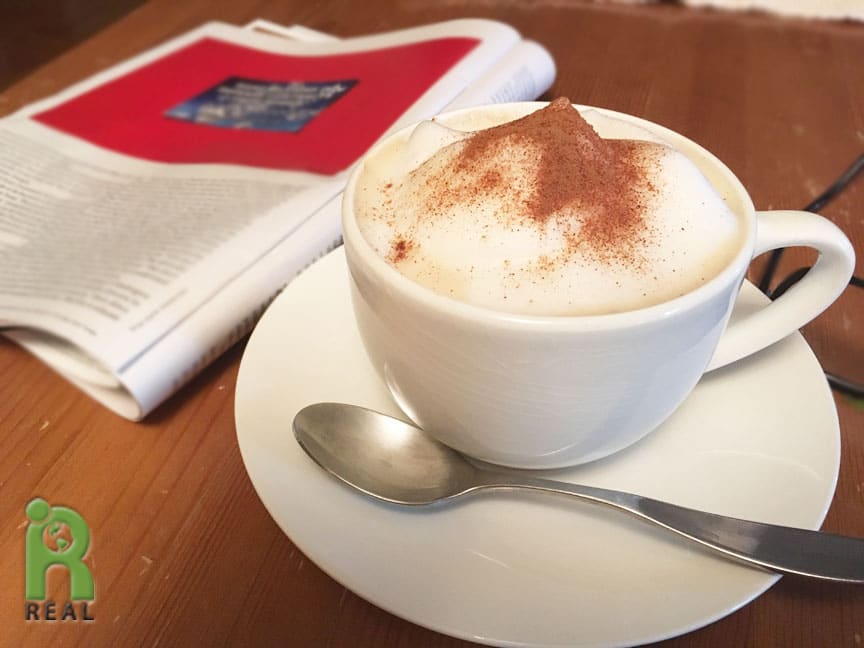 Lunch: I had two containers of leftovers from my trip to Plant-Wise on Thursday. I took the Masala Chickpea dish with lots of spices, Quinoa and Spinach. I made a soup from this one too, adding in Porcini Mushrooms. I know Gary won’t agree, because he doesn’t like mushrooms, but I think just about anything can be made delicious by adding Porcini Mushroom. 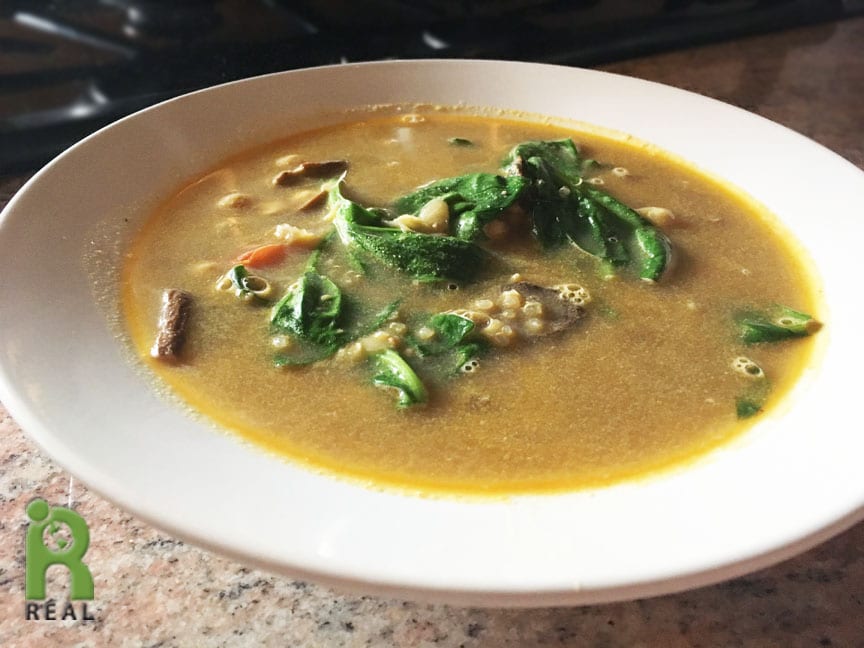 Dinner: Our neighbor Deepak came over because he needed a Band Aid. Of course we had some. We’re like scouts, “Be prepared!” We invited him in and Gary couldn’t help being a gracious host. He made a pot of Mint Tea and set out some Mary’s Gone Crackers and Carrot and Celery Sticks that we dipped in Red Pepper Hummus and a little Kale Salad. We sat and chatted and the food disappeared. And that became dinner. 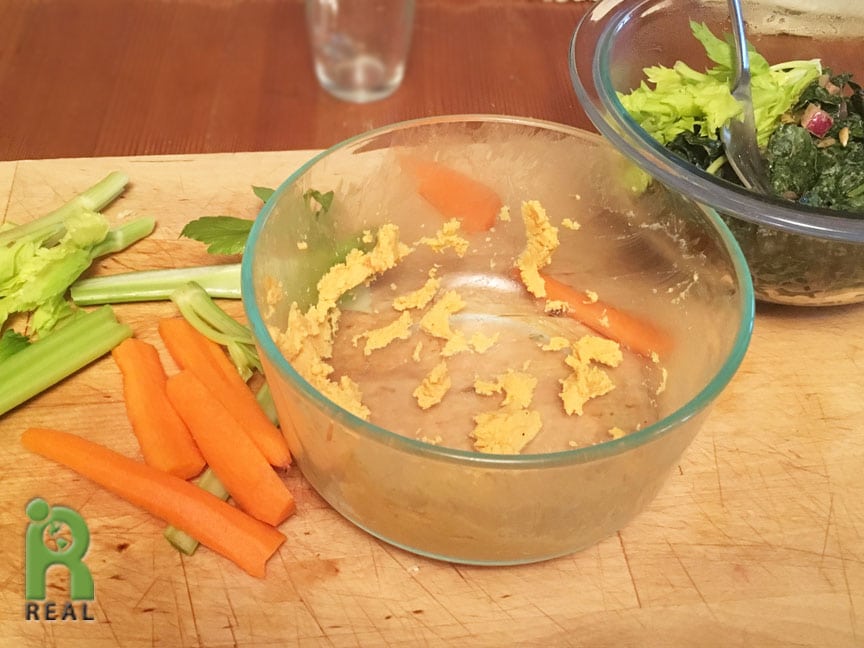