And we are back. If it’s morning and we are in Aix-en-Provence, you will find us at Instant V. Today we are trying some different treats, a chocolate chip muffin for me and a cinnamon snail for Gary. It’s vacation! 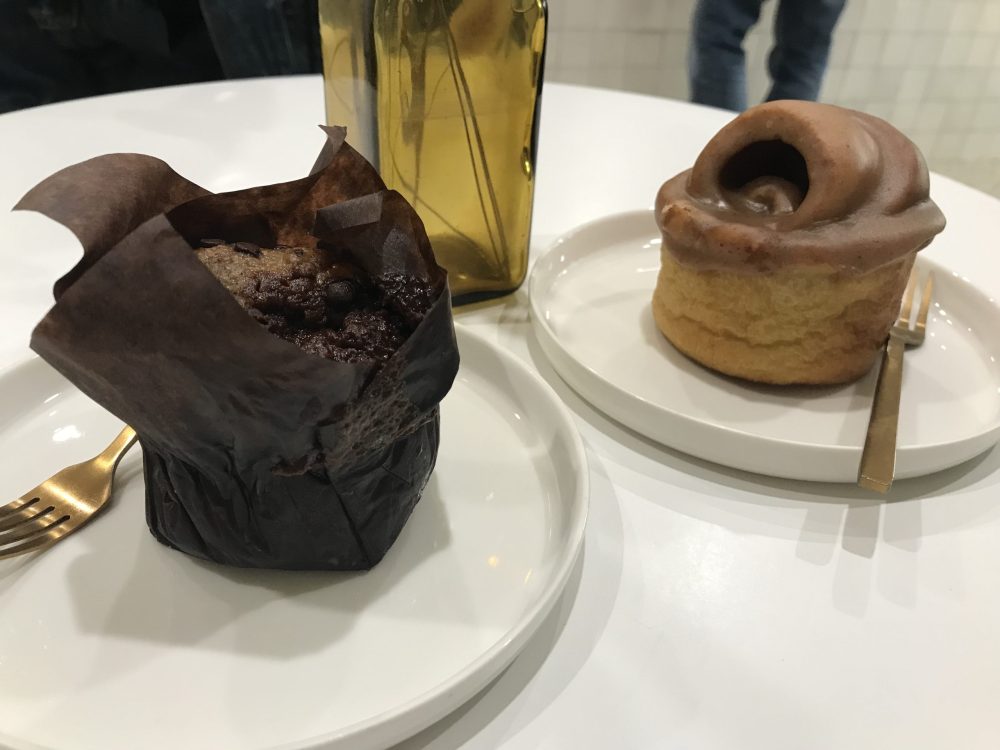 A floating mannequin outside one of the boutiques adds to the surrealism of our dream adventure in Nice. 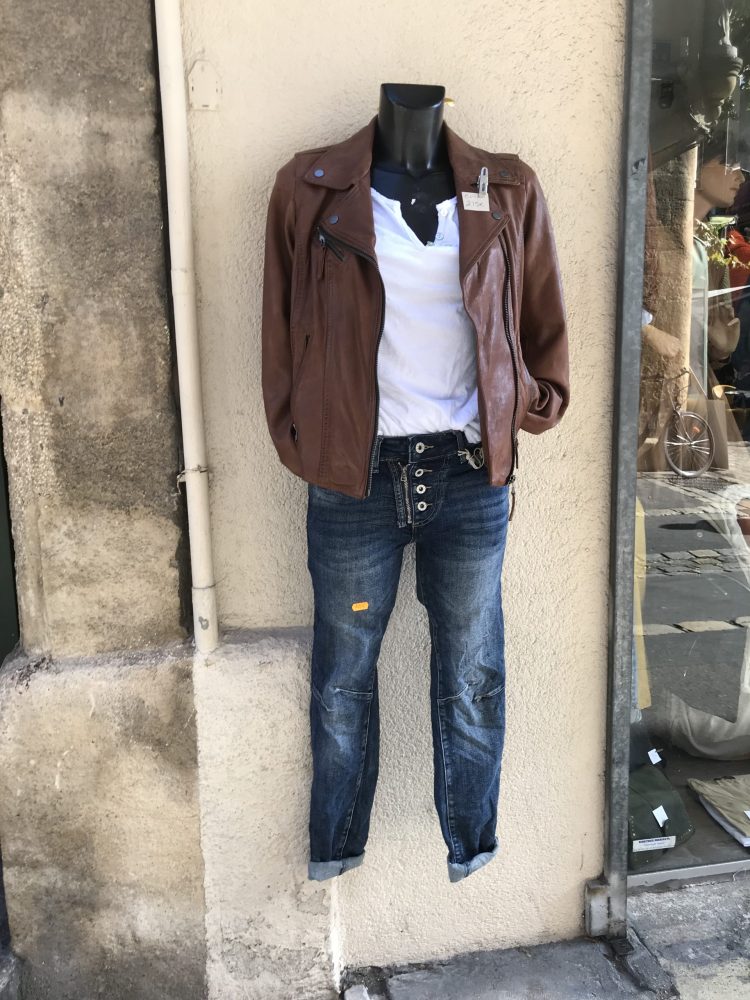 The adventure today is to visit my dear friend Valérie who lives in St. Maximin. I met Valérie in 1992 when I was looking for an accompanist and coach. Keep in mind there was no internet at that time and my French was not very good. I don’t remember how I found her, a listing on the Minitel (the innovative electronic yellow pages in France) or calling the Conservatoire de Marseille? I don’t remember. I do remember getting her name and phone number, calling her and trying to make sure I carefully wrote down the directions to her apartment in Marseille. Somehow I found her. She didn’t tell me at the time that she understood English! She made me stumble with my broken French. She was a marvelous pianist and became a dear friend. When she built a home in the hills of Marseille, once again I had to find my way to it, first getting there, then parking the car, then climbing the endless steps to her cozy home. We went through a lot together. Accompanying me at auditions and concerts, she was always incredibly patient and wise. I had to visit her.

Valérie recently moved to St. Maximin, which is not easy to get to from Aix-en-Provence using public transportation. At first I thought we would take a train but none went there. We had to rent a car. I had reserved one a few weeks before the trip to be prepared but I made a mistake. The rental car station I reserved at was at the Aix-en-Provence TGV station which was not in walking distance. I canceled it and reserved one in downtown Aix. It was very expensive! It was also manual transmission which I thought would be fun to drive. I had not drove a stick in a while.

Picking up the rental car was easy. Getting out of Aix was not. I had put Valérie’s address in my phone. Somehow, the instructions took me in the wrong direction. I have not driven in this area in a long time but I had a sense we were not going the right way. It took a while but the instructions finally resolved themselves and we were on our way, just a little later than anticipated.

We still got to St. Maximin early. We thought to get gas first. The first station we stopped at had no gas! No gas! We panicked. We assumed this was because of the unfortunate war in Ukraine. Fortunately we found another station and filled up. We didn’t need much. Then we stopped at small market called Provenc’ Halles to buy a bottle of water. We walked in and the store was filled with produce, but no water. We crossed inside to the next room, where the meat was sold. There were bottles of water there. We were going back to the other room when someone snapped at us. Apparently they were different stores? No one was at the cash register on the meat side but the woman who scolded us was able to ring us up. When leaving I noted the name of the store, Carnishop, specializing in meat and cheese! Ugh. 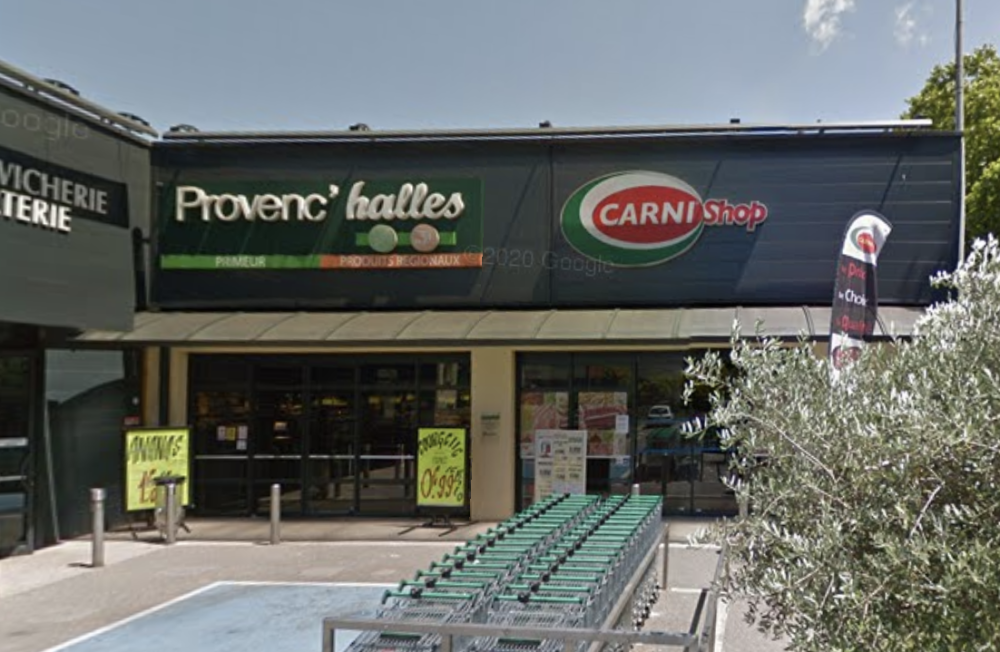 Once at Valérie’s home we sat outside on the patio. She lit these Citronella Spirals Mosquito Repellent, which I found fascinating. Have you seen these? Of course, when I searched for them online, Amazon.com had them. 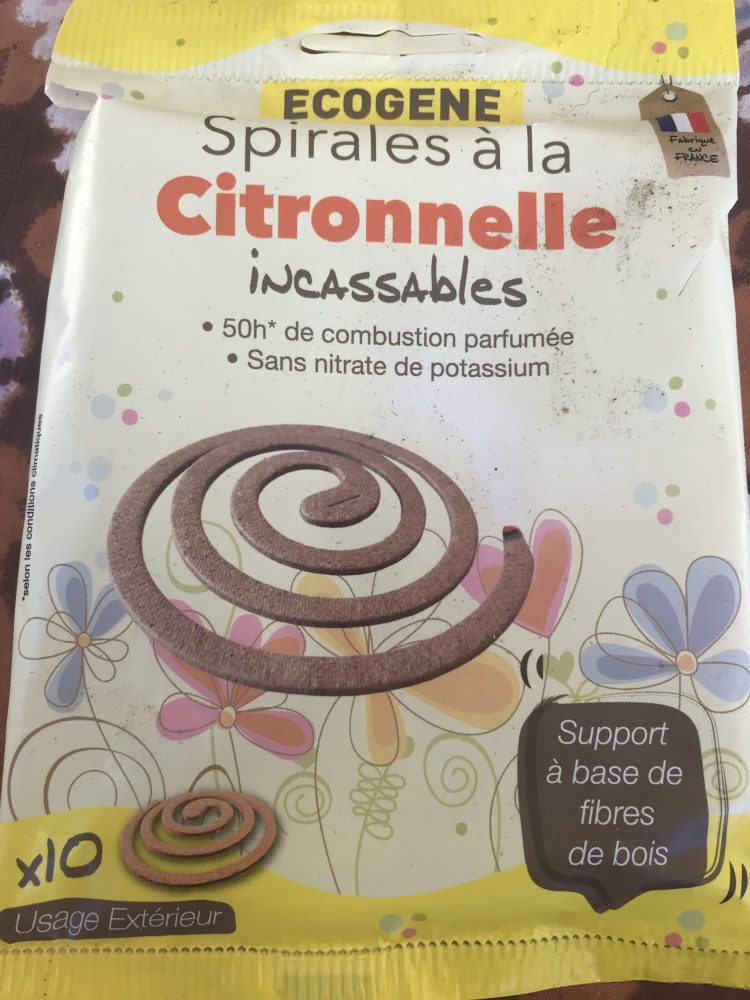 Valérie made us a very fresh and delicious fruit salad. 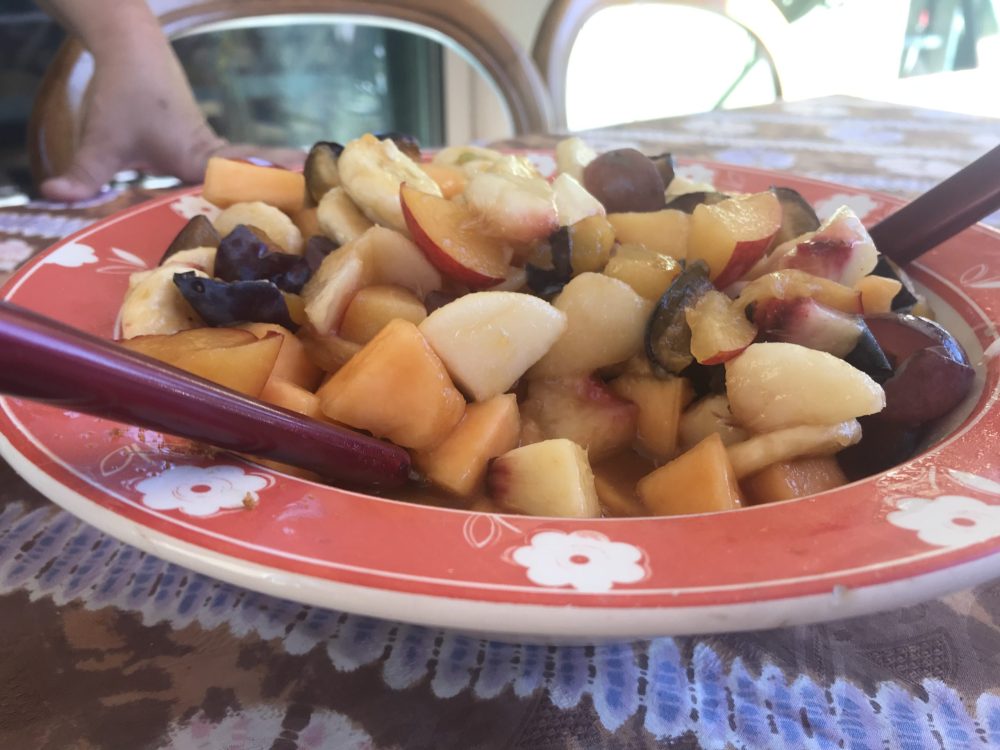 It was hard to say goodbye, so we said au revoir, to see you again.

Back in Aix-en-Provence, we returned the car and went exploring on foot. We passed La Cabane En Ville, a vegan restaurant that we really wanted to try. I called for reservations and I got a text response back that they were already full. Quel dommage! 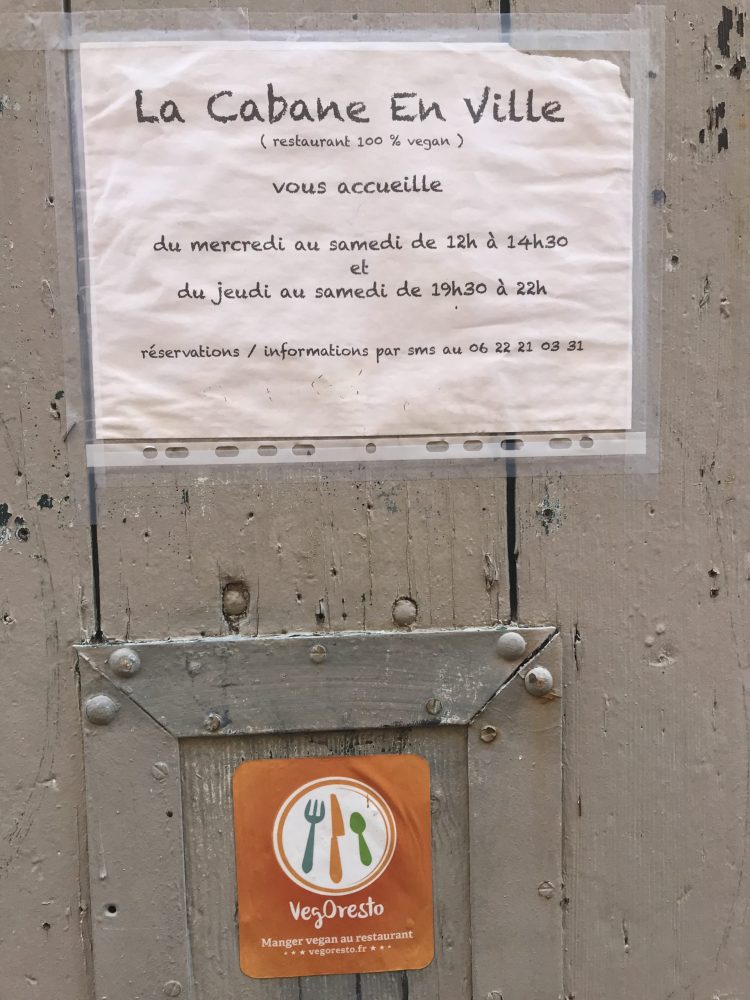 We passed the building where the Institut d’Etudes Francaises Pour Etudiants Etrangers used to be. I studied there in the early 90s. It was a great program, 20 hours a week for only $200! I had about 8 hours a week of grammar and then the other 12 hours were different interesting subjects, like literature, history and freedom. 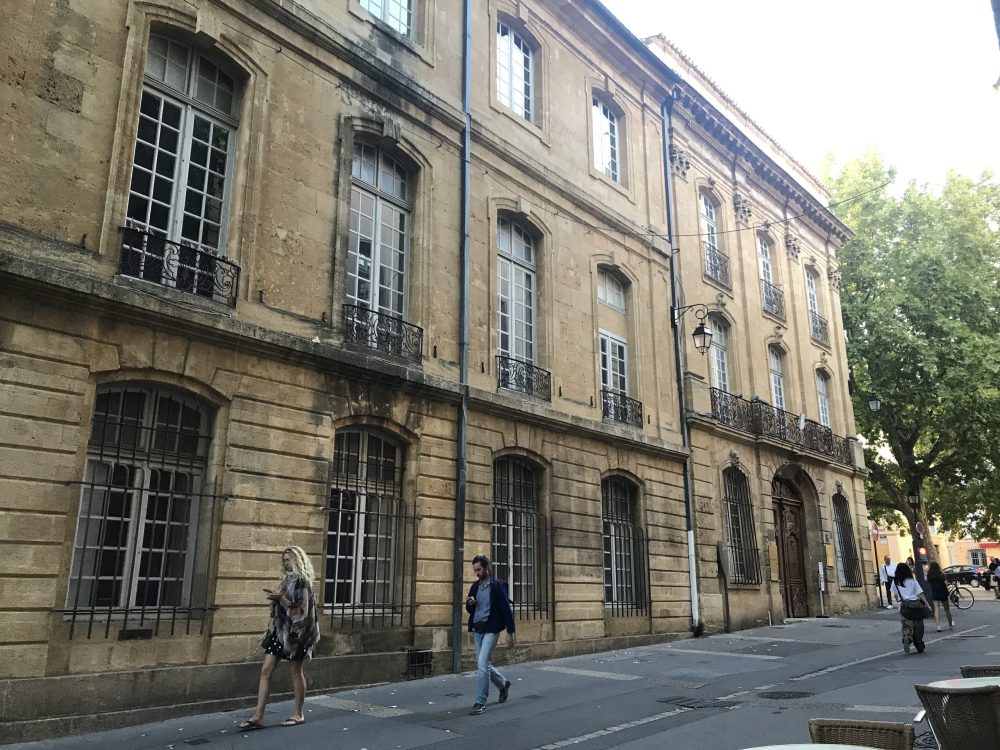 While I was showing Gary all the places I used to go to we stumbled upon Le Pain Quotidien, a restaurant chain that started in Belgium that we go to in NYC. We discovered a couple in London where they served vegan croissants. We will return here in a day or two for a bite. 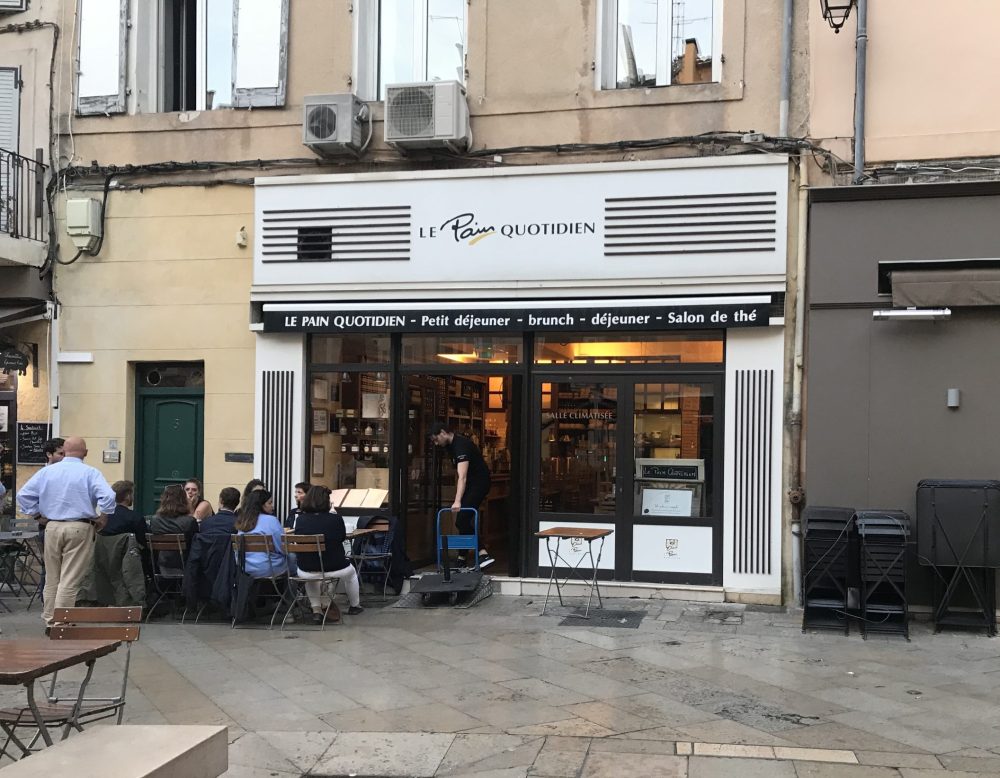 When in the South of France, one must take a moment for a Pastis, an anise and licorice-flavored apéritif mixed with water. Pastis was created by Marseille native Paul Ricard in 1932, who bottled and marketed the liqueor as, “Ricard, the true pastis from Marseille.” We stopped at the Brasserie de L’Archevêché to just sit and sip for a bit. The service was excellent. The brasserie was closing and we lingered until we were one of the last tables left to be brought inside. 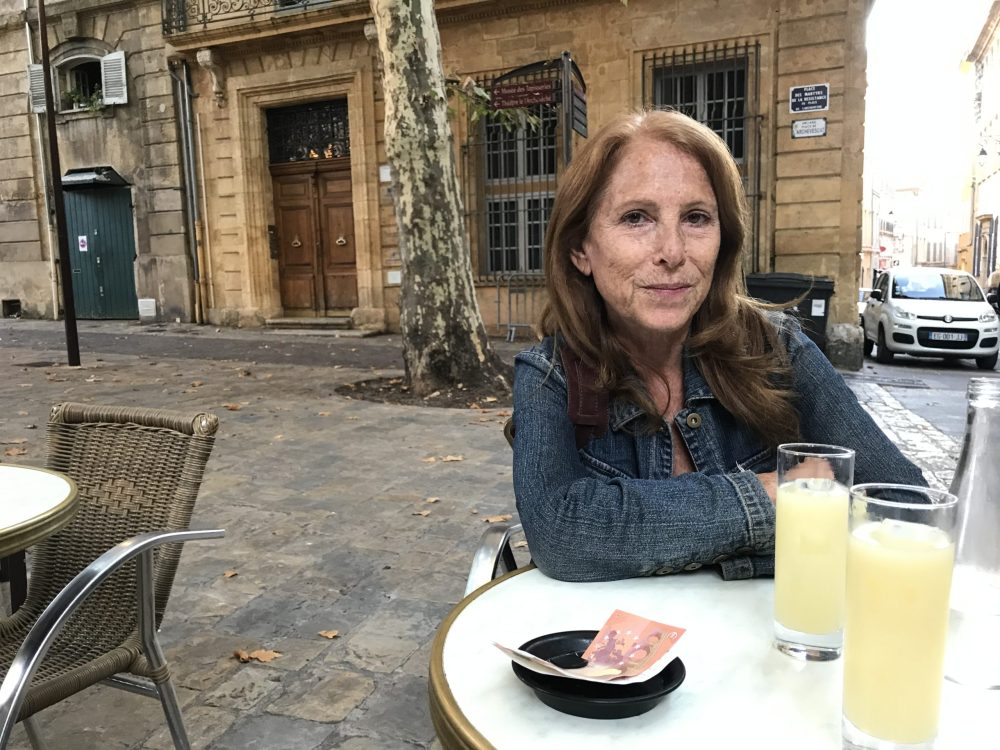 This is a typical square that transforms itself throughout the day, from farmers market in the morning, to cafe seating during the lunch and dinner hours, and a place for the young people to hang out at night. 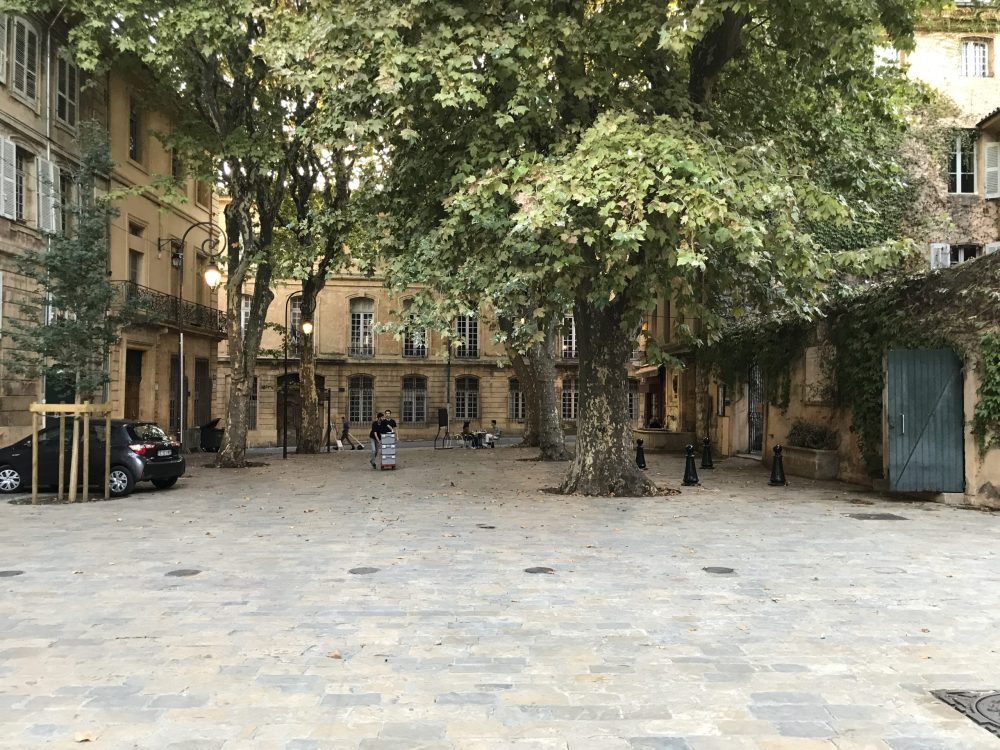 The Place d’Albertas, an iconic spot in the city. 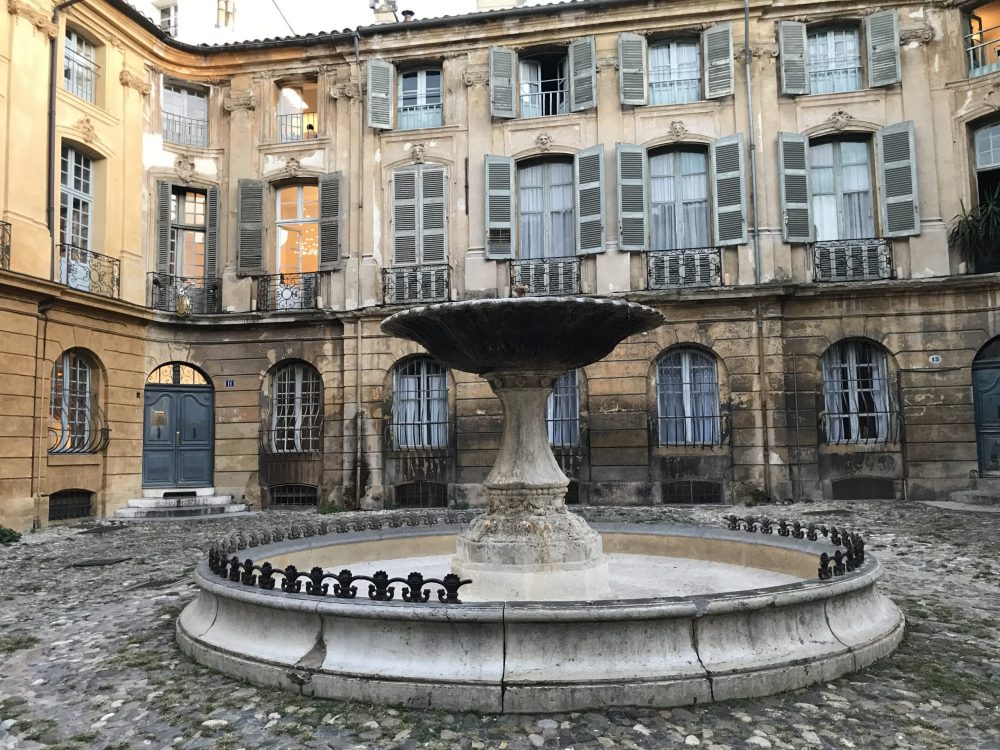 Back at the hotel we rested for a bit. We had done a lot today. But where would we have dinner? I remembered a long open plaza with many outdoor restaurants and knew a few served Lebanese cuisine. That’s where I would go decades ago, when vegan restaurants or advertised vegan options didn’t exist. We found the Divan D’Antioche. It was a little before 8pm when we arrived and there were very few people seated. I liked that. We were very hungry and ordered just about everything that was vegan. We began with hummus, taboule, baba ganush, falafel balls, lots of pita bread, and salads for us both. The salads were enormous and we probably could have shared one. Everything was delicious, so fresh, although the salads had a bit too much salt, in my opinion. We ate and ate. 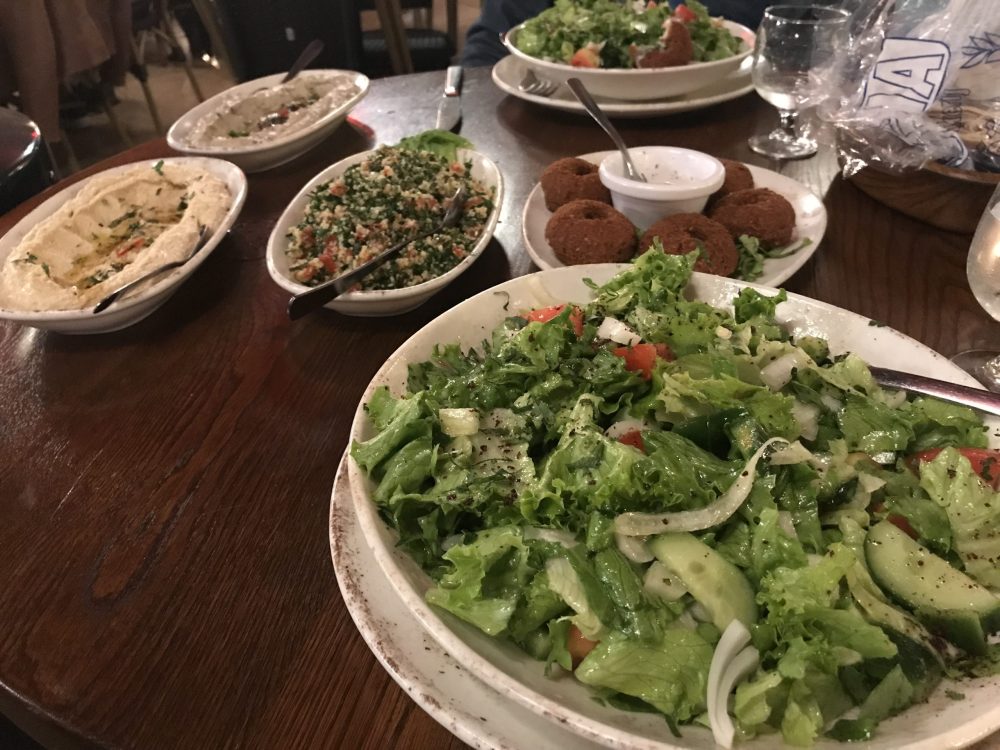 We had also ordered some hot food. The server looked at us with a look implying this was too much but we insisted. He was right. We barely touched it. Remember that for next time. 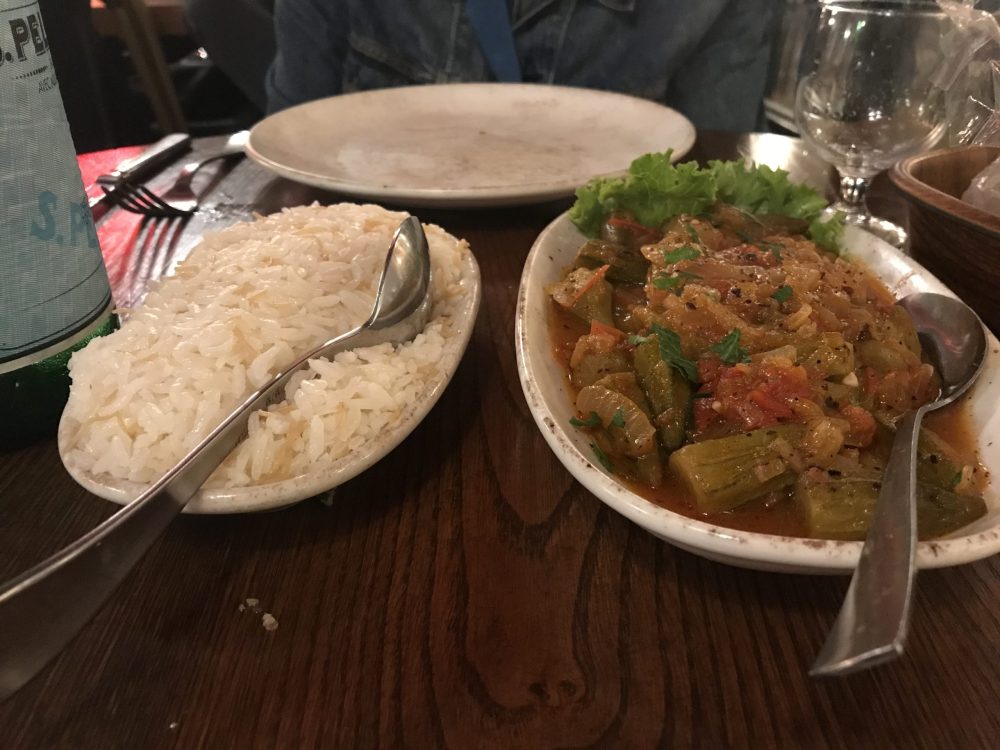 A walk was in order after that big dinner. Aix at night is a nice place to stroll.