First Meal: Did I forget I loved big bowls of brothy soups with lots of good things in it? This dish came together so quick, I couldn’t believe how good it was. In a saucepan I added cubed, sprouted Tofu, frozen Corn and Spinach, sliced Red Onions, cubed Purple Sweet Potatoes and Cilantro that was not chopped but left stringy. I poured water just to cover everything, brought it to a boil, reduced the heat and cooked it covered until the Sweet Potatoes were soft. I still can’t believe how good it was. 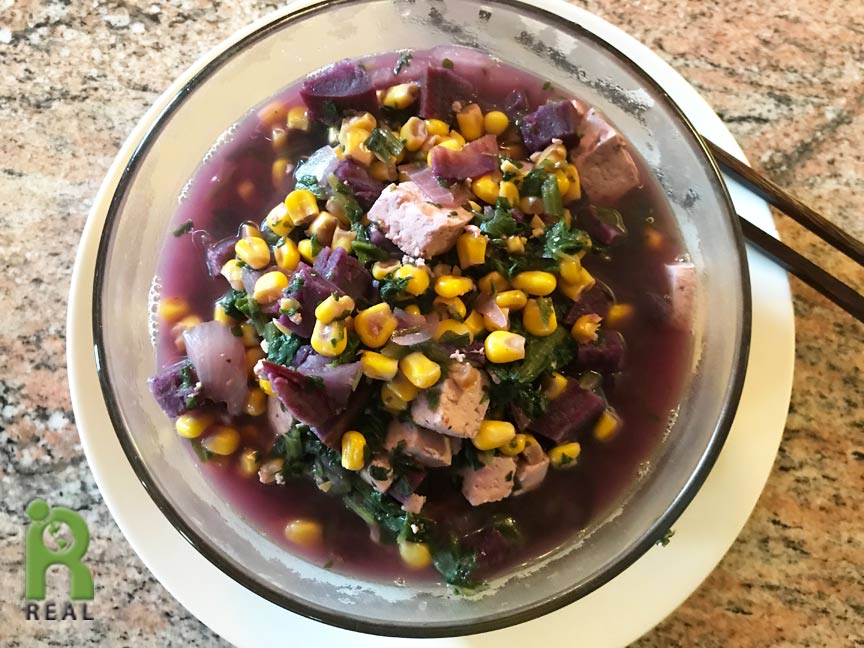 There is a little Soy Ice Cream in the freezer that’s been bugging me. I will have to finish it so that it doesn’t bother me anymore. I had a tiny scoop covered with Cherries. 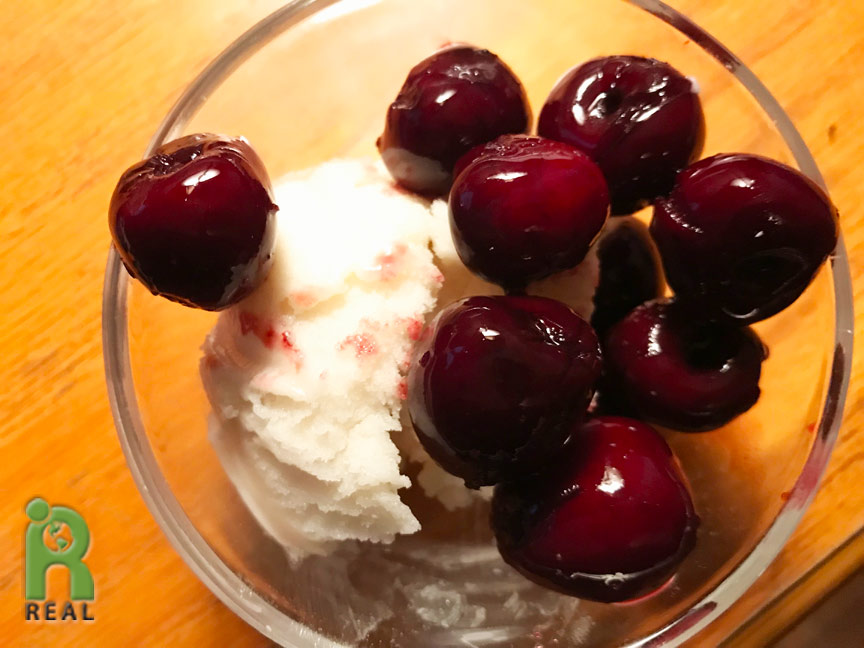 Second Meal: It took about fifteen years but I finally met up with Diana for dinner. I had met her years ago when I was Executive Director of EarthSave International. We chatted periodically on Facebook, saying we should meet for dinner… sometime. Fifteen years later, we did it! We met at Delice & Sarrasin. I have been wanting to try this vegan French restaurant for a long time. I ordered La Paysanne, a crepe with Bacon (dried beans), Tomato, Onions, Potatoes & a coconut-based Emmental Cheese. It was very nice. Diana went with the Steak Frites infusées à la Truffe Blanche, a vegan Beef Steak (3 types of Mushrooms) served with French Fries infused in White Truffle & Dijon Mustard sauce. Diana insisted I try her burger. It was outstanding! I prefer baked Fries to the traditional fried ones, so I was not interested in the Fries. We sat chatting for a long time. After all we had fifteen years to catch up with. The restaurant is very small and there were people waiting outside in the cold to get a table. There were two men working the restaurant and I could tell they were impatient with us, so much so they finally told us we should leave because other people were waiting. This is unheard of in France! But I supposed the rent on the space is obscenely high and they need to turn the table to survive. This is not the place to go for chatting, lingering and leisurely dining. 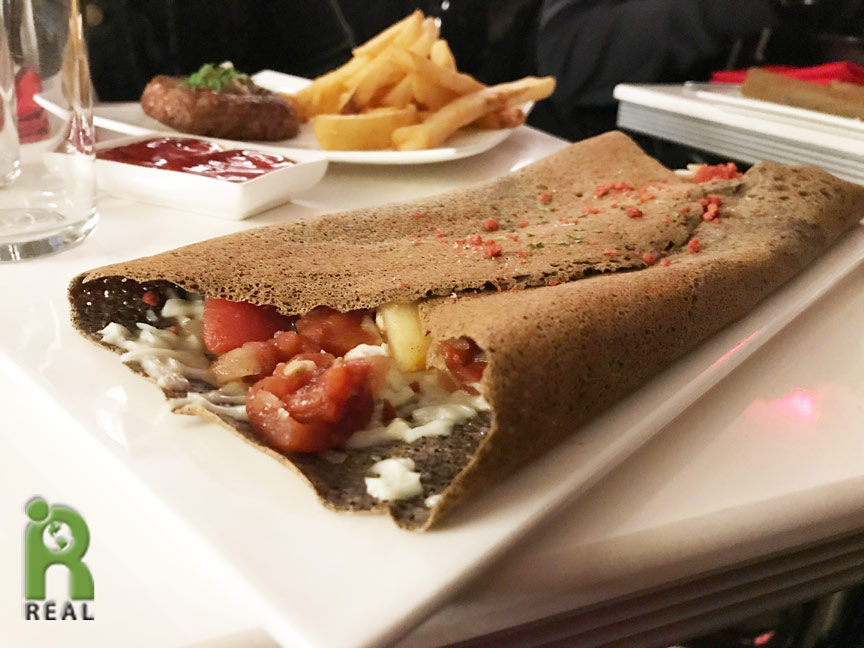 Third Meal: When I got home I wanted a salad really badly. I put together a bowl of Arugula with fresh Orange Sections, Green Olives and Almond Ricotta. 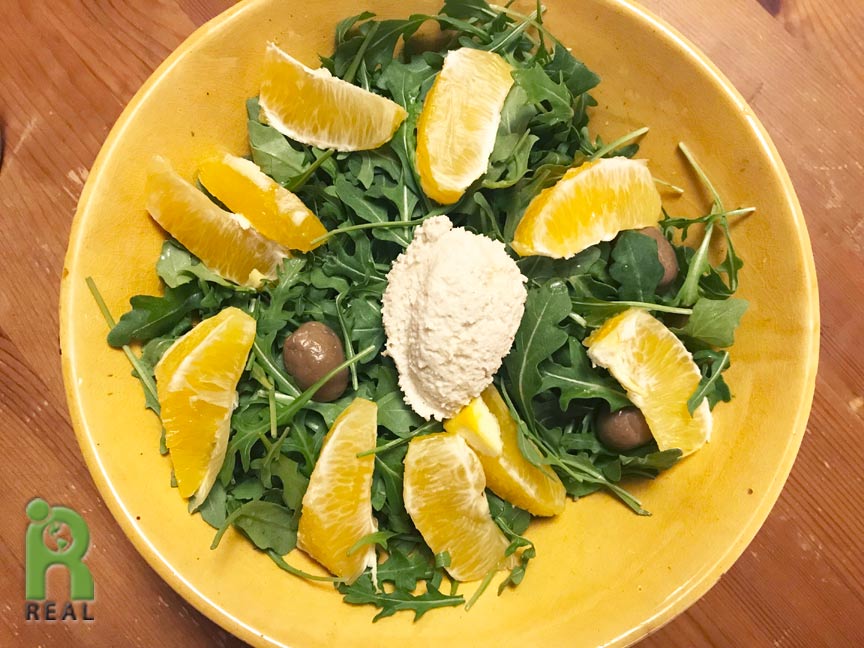