First Meal: When Gary left for California about two weeks ago, I made him Steel Cut Oats and Millet Waffles, doubling the recipes so that I would have extra to freeze and eat later. I guess I forgot about them and discovered them when putting some food away after going grocery shopping. I was ready to enjoy them today. I needed something that was going to hold me because I had a big day ahead and didn’t have a lot of time in the morning to prepare. It was super easy to put today this decadent breakfast. I placed Raspberries and Bananas in a baking dish and cooked them in the oven, while warming up the frozen waffles. I love cooking fruit this way, the result is amazing. I topped the waffles with Almond Ricotta and served it with Maté tea with Soy Milk. 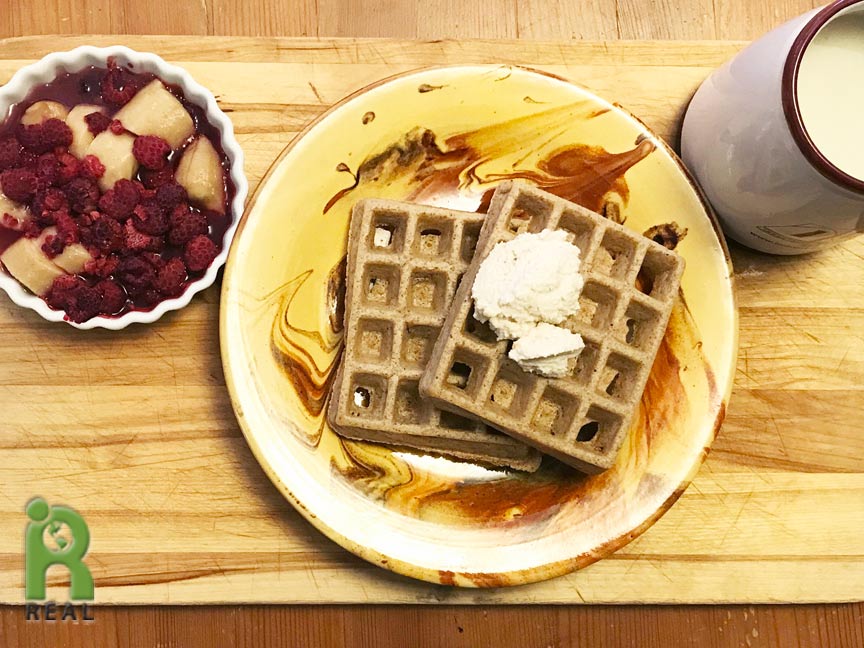 I loved spreading the cooked fruit all over the waffles with the Ricotta underneath. 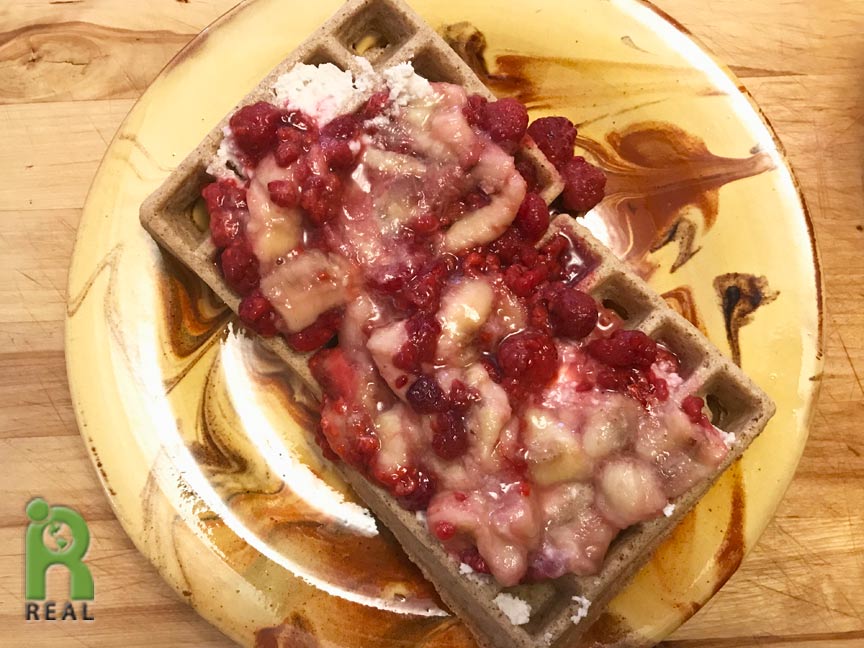 It was a very, very cold day. I brought a bottle of Maté tea with me as I rode the subway to the north Bronx to interview Dr. Robert Ostfeld for this Tuesday’s It’s All About Food. It was a fun interview and I hope you tune in to hear it! Next, I took the subway to midtown Manhattan to interview Dr. Jovita Oruwary at the Progressive Radio Network studio. This will also be aired on Tuesday.

Second Meal: I was an hour early so I had a good excuse to warm up from the freezing weather at Beyond Sushi with one of their soups. I chose the Chili Mushroom Noodle Soup with Glass Noodles, Braised Shiitake, Portabella, Enoki Mushrooms, Baby Spinach, Roasted Garlic and Hijiki. It warmed me up fast. 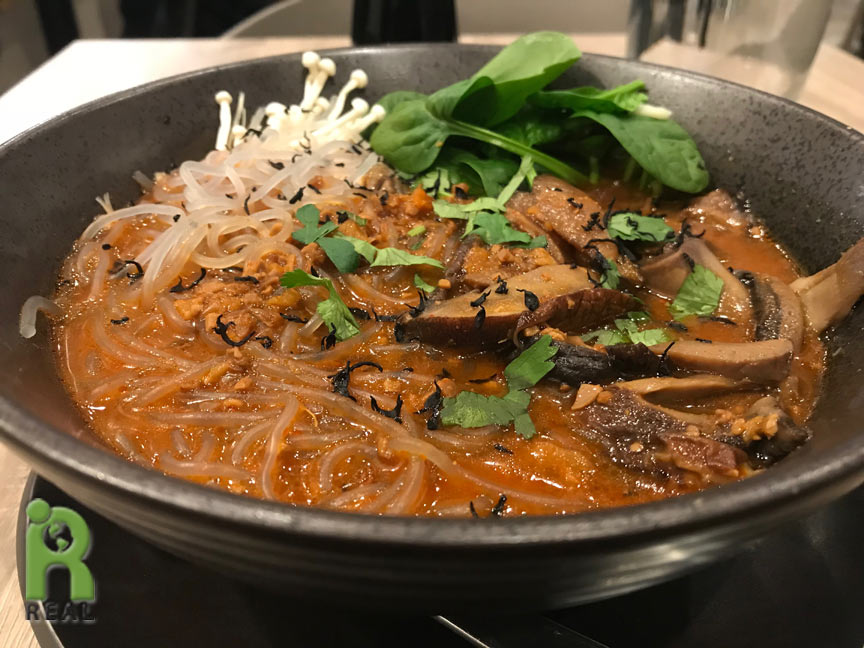 Both doctors I interviewed today were in the new documentary Code Blue. If you heard my interview with Dr. Saray Stancic last year, you may remember her talking about this documentary about her journey healing from Multiple Sclerosis with a whole food plant diet, exercise and meditation. My friend Margie, who is one of the executive producers of the film, invited me to the first private screening tonight!

Third Meal: Before the film, Margie and I met for dinner. I suggested Sweet Green because it was a block away from the theater. It was cold all day and got colder and windier as the the day wore on. I didn’t want to have to walk too far. Sweet Green is a chain. I have been to a few others and I was disappointed when I arrived at this one because it wasn’t what I was expecting. There was bar stool seating for four and no tables. Plus there was music blaring at a volume too loud to talk over. I also thought the dishes they had were on the clean side and customizable. I got a little too much sauce on my dish even though I asked for a little. I chose the
Spicy Thai Salad, with Roasted Sesame Tofu, Raw Corn, Cucumbers, Shredded Cabbage, Basil, Cilantro, Spicy Sunflower Seeds, Organic Arugula, chopped Romaine, Lime Squeeze, and spicy Cashew Dressing. 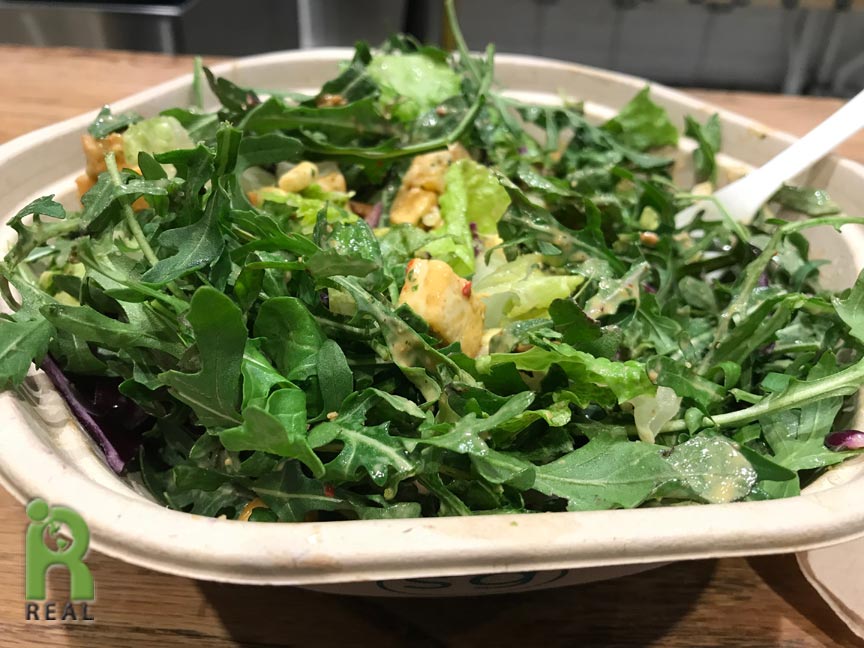 I met wonderful people at the screening who were doing remarkable work. Many were featured in the film. I was filled with an abundance of inspiration and hope, seeing all the medical professionals there who are including nutrition and lifestyle education in their practice. This is the future!