Breakfast: It’s hard to sleep deeply when you know you have a flight in the morning. I woke up a lot during the night. Plus, this was not going to be an easy trip. I was going to a memorial service for a dear friend, Thomas Siegel. I met Tom in 1970 when he was a teacher at Paumanok Elementary School. I was in the sixth grade and he directed our class play, Our Town along with another teacher, Kevin McGuire. It was an unforgettable experience. I shared the role of Emily Webb with another girl, Lorraine Atzert (now Lorraine Pratt). Tom kept in touch with both of us over the years and we both considered him a good friend. Back in 2006-2007, I traveled to the Block Center in Evanston, Il, outside of the Chicago area for chemotherapy when I had advanced ovarian cancer. Since he lived within driving distance, Tom came and sat with me a couple of times while I was being infused, and other times we met for dinner. Most recently, Gary and I had met Tom and his wife Marsha in Palo Alto for dinner when we were all visiting California around the same time. When I got the devastating news of Tom’s death I contacted Lorraine who lives in Texas. I have not seen her since the 6th grade, but Tom had put us in touch with each other about 8 years ago and we corresponded by email occasionally. We were both going to meet again, 46 years later, at the memorial service. How could I possibly get a good night’s sleep?

When morning came Gary made me Vanilla Black tea and toasted thin slices of the Blueberry Cornbread he made the day before. 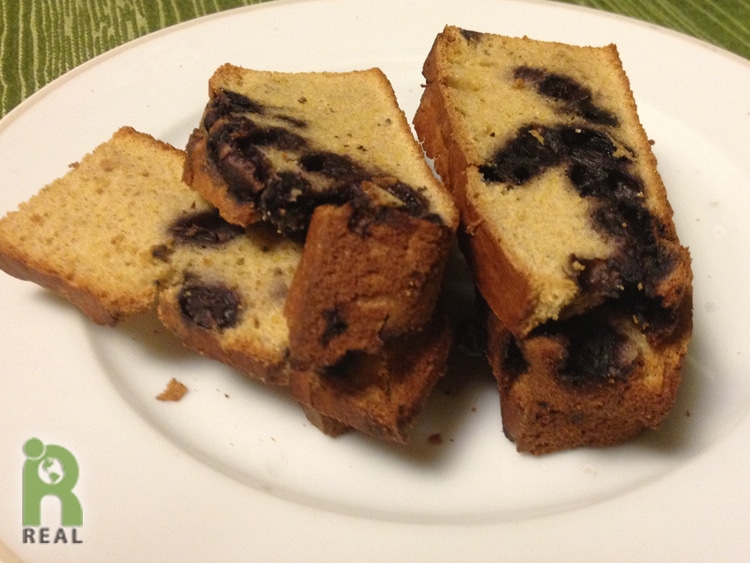 Lunch: Gary had also packed me a lunch to eat while traveling. How lucky am I? He made his special Tofu Masala and packed some in a small container for me. I also brought along some apples and pears and had one of each for lunch. 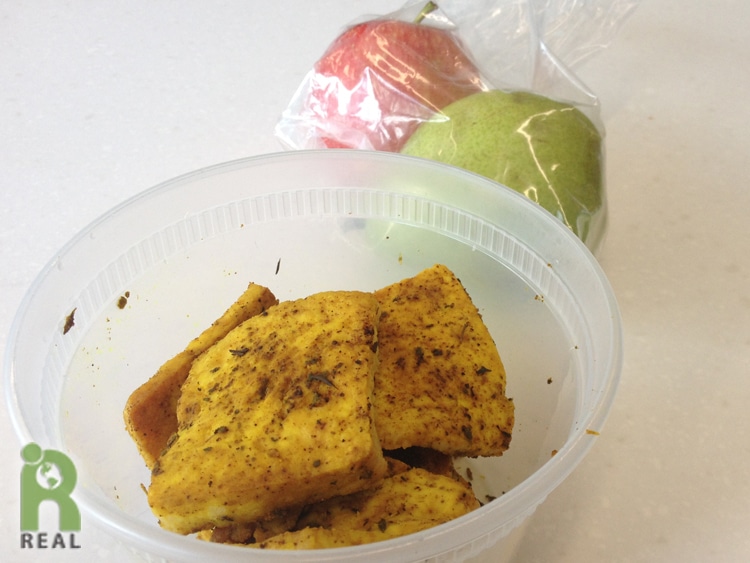 Tea Time: I met Lorraine at the airport. We had about 4 hours to chat before the memorial service began. We found an Argo Tea Café at the Oak Brook Mall. A good cup of comforting hot tea was what we both needed on this chilly, windy, emotional day. The Argo Tea Cafés have a fantastic selection of loose leaf teas. I felt like a kid in a candy store. 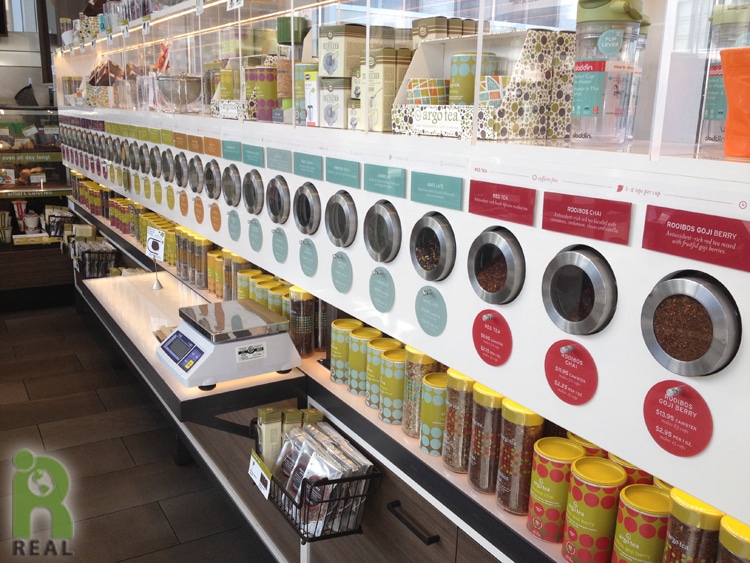 One of my favorites caught my eye almost immediately, Maté Latte. We each order a large cup with Coconut Milk. The server mixed up our orders and gave us Almond Milk instead, which was perfectly fine and delicious. We sat outside and began to catch up on the last 46 years. 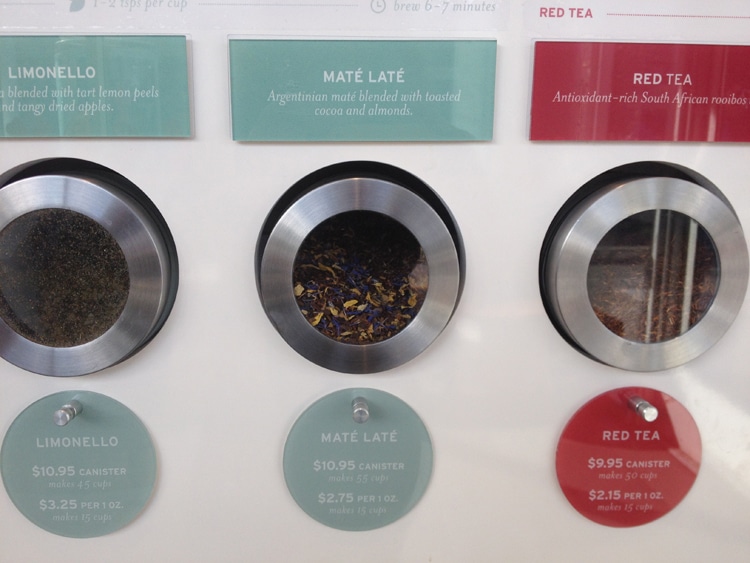 At the memorial we shared memories and hugs with the large circle of family, friends and colleagues that had known and loved Tom. He had been married to his high school sweetheart Marsha for 52 years. Together they had four beautiful children who were now grown up and married and had young kids of their own. I had never met his children before but had heard so much about them over the years I felt like I knew them. Now I did.

Dinner: Later at the Embassy Suites in Deerfield where we were staying, Lorraine and I had dinner at the hotel restaurant, Cadwell’s Grille. We started with the Double Hummus Appetizer. 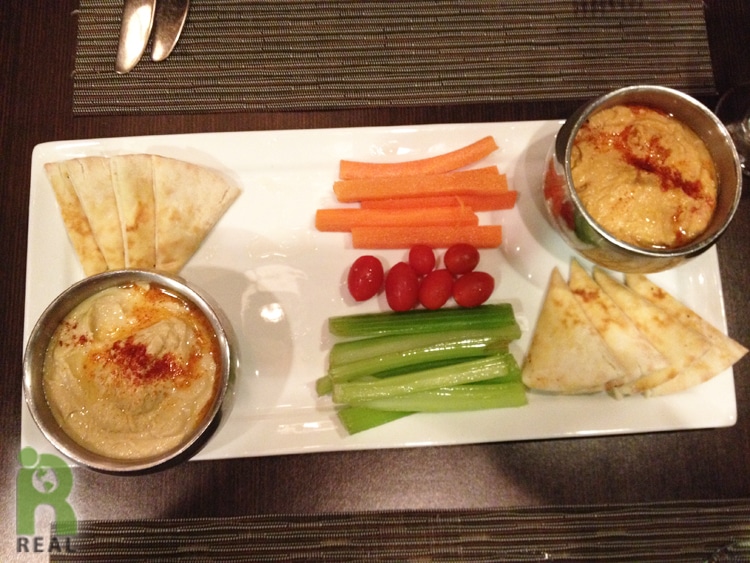 I was surprised at how meat-centric the menu was. They did offer a veggie burger but the server confirmed it was not vegan. There was a salad bar that did not look very appealing. One of the items was kale and I thought how can I make a good salad with kale without being able to massage it with the dressing in a big bowl? I opted for the the Ahi Tuna Salad served with Avocado, Mangoes, Pickled Ginger and Arugula (without the tuna of course!) and the chef added some Red and Golden Beets. A nice touch. 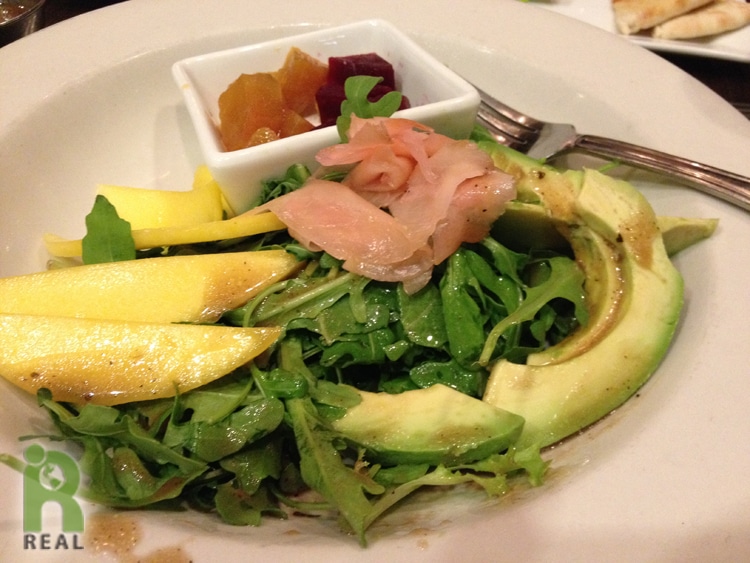 Finally after many hours of talk and tears, Lorraine and I took a quick selfie shot. 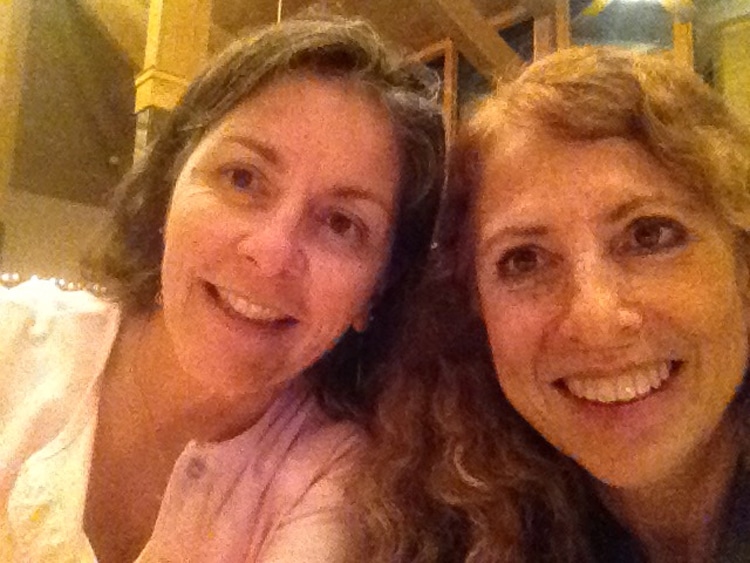 After dinner it was time to catch up on sleep and get up early again to take a 6:00am flight home.

Rest in peace, dear Tom. You are missed. 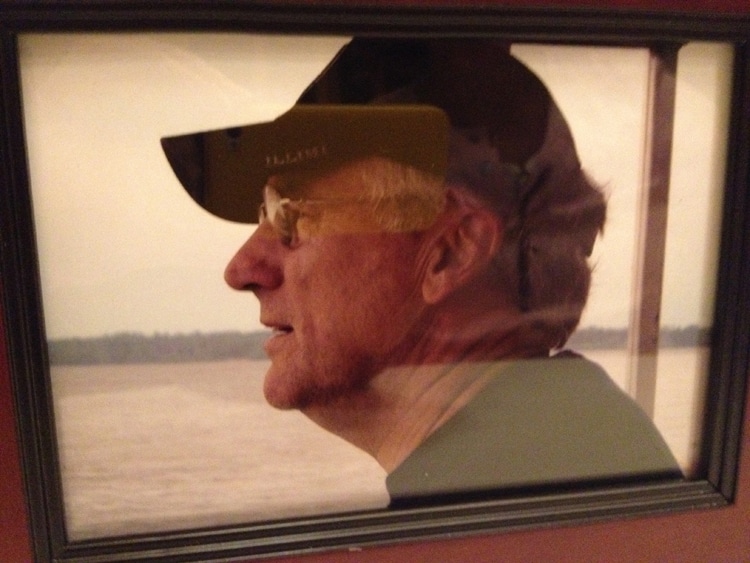 “Oh Earth, you are too wonderful for anybody to realize you.”
– Thorton Wilder, Our Town