Breakfast: It’s oatmeal once again, cooked with a little polenta, apples and a couple of cinnamon sticks. Flax seeds were added in the bowl. Served with Bai Mu Dan tea. 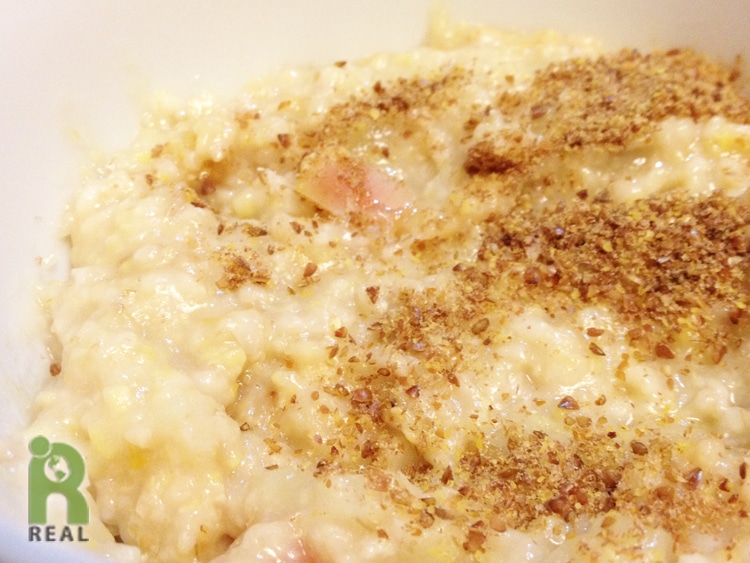 Dinner: I went to the Progressive Radio Network studio for my radio show and interview with Dr. Michelle McMacken. It was a wonderful program. After talking for an hour about food I was so hungry! I came home to fabulous food smells in the apartment hallway. I opened the door and saw Gary up on a ladder— he was doing a photo shoot for the Swingin’ Gourmets. He had dinner ready to go, however, because it was part of the photo shoot. We were both so hungry we didn’t bother to strike the set, which was on our kitchen table. We sat down to this delicious meal and pretended we were the two artists in his story who, on New Year’s Eve, can only afford to go to the local vegan cafe for the pre fixe menu of “Steak” Frites; complete with party favors and a bottle of wine. In reality every bite was very romantic and memorable. Marinated Tempeh Steak Sandwiches on Foccacia Bread with White and Sweet Potato Baked Fries and our new Red Cabbage Pineapple Slaw. 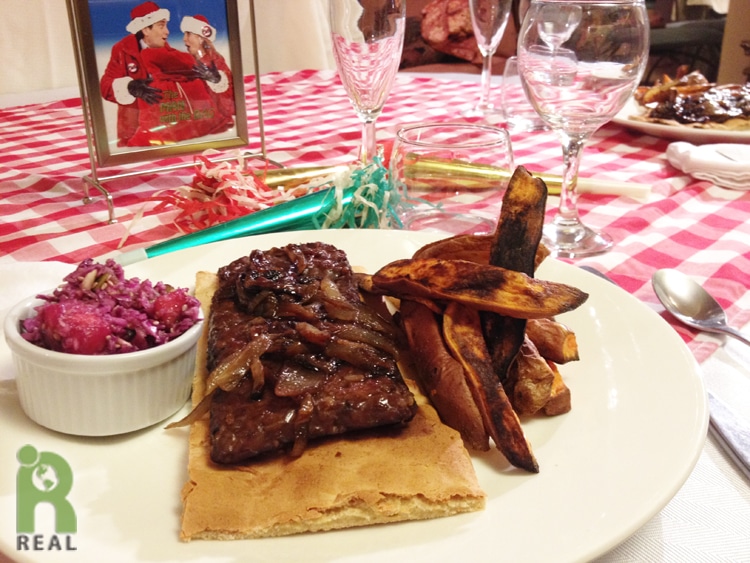 Evening: A treat was required. I made a batch of coconut milk. We use Let’s Do Organic Creamed Coconut and blend it with 3 cups water. We add more water than the instructions suggest and we find it to be just rich enough. I blended a cup of this coconut milk with about a cup of fresh pineapple, a banana and 16 ice cubes to make a cool, creamy, sweet, light evening fruit soup. 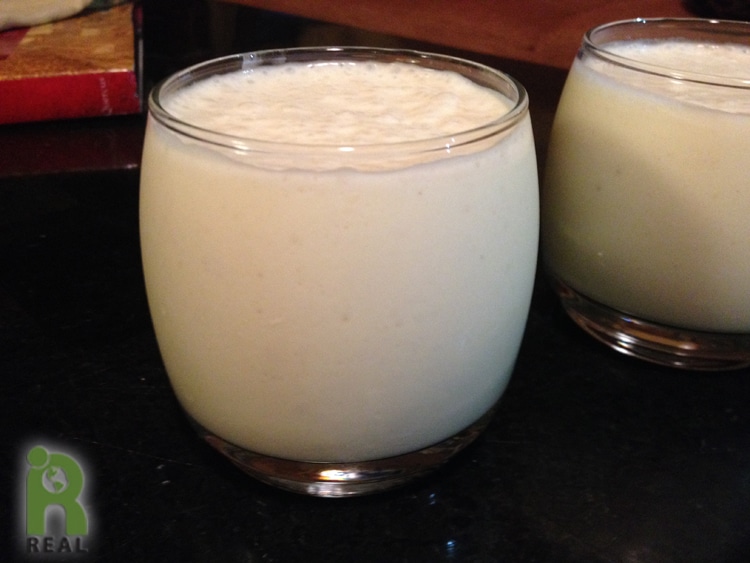 We had Rooibos Almond Vanilla tea after that.