French food. Vegan food. Some may think they are not compatible but I know French and Vegan go trés bien ensemble. French cuisine, especially in the south, includes lots of fresh, colorful fruits and vegetables, along with flavorful herbs. I was in the mood for French food all the way today. Here’s what we had.

Breakfast
I love my Buckwheat Crêpe recipe, filled with Date Paste and fresh fruits like Strawberries and Blueberries, topped with homemade Cashew Yogurt and drizzled with Peanut Butter Cream and Chocolate Sauce, it’s delightfully decadent and nutritious at the same time. 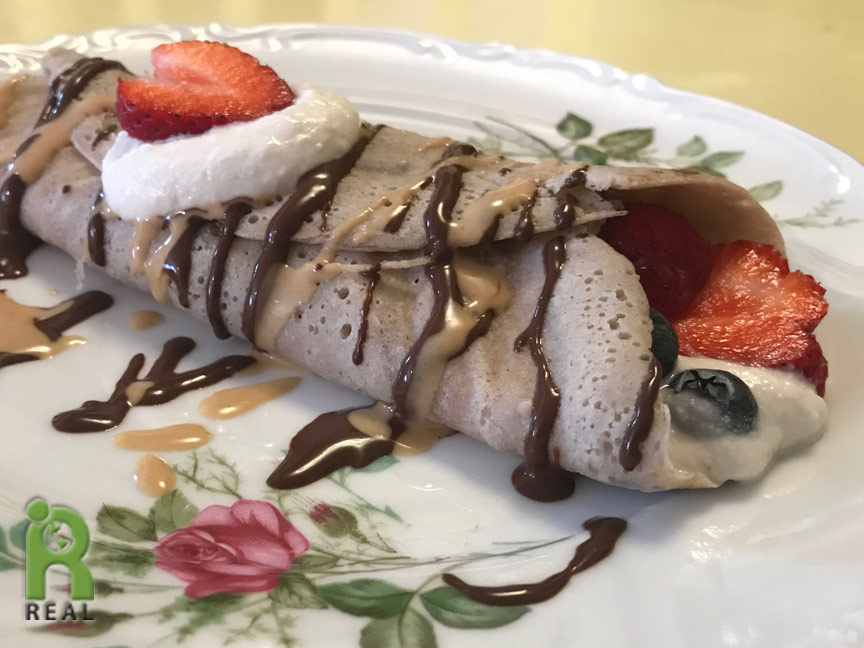 Dinner
I had a vision for dinner and it required some preparation. First I wanted to make French Onion Soup. I had made some Almond Mozzarella Cheese last week and froze some of it. I would use that. But I needed some bread. So I made a double batch of my gluten-free Baguette recipe which I made into wider loaves. We had plenty of leftover Cooked Whole Grain Mix from yesterday’s Bean Taco night. I thought it would make an excellent filling for stuffed Red Bell Peppers. I would also boil some leeks and serve them with a Dijon Vinaigrette.

I made my bread flour from scratch, grinding garbanzo beans, millet, quinoa and oats in the Vitamix. While the bread was rising, I sliced two onions and allowed them to cook slowly and caramelize in the pan. A couple of times the pan got dry and the onions started to stick. I poured a little water we had saved from cooking corn on the cob recently. I don’t waste anything! Plus it adds a little sweetness to the onions. These onions would go in the soup. I diced another two more onions and two cloves of garlic. When the soup onions were finished I set them aside in a bowl and started to cook the diced onions and garlic. When they were soft I stirred in some Herbes de Provence and allowed it all to cook together. The Cooked Whole Grain Mix made with Millet, Red Rice, Black Rice and Brown Basmati Rice was mixed in next and allowed to cook over low heat to incorporate all the flavors.

Next, I carefully cut and cleaned the leeks. Soil can easily hide in between the leek leaves so it’s importance to rinse them very well. I put the leeks in a pot with some water and let them to boil and then simmer until they were tender. I scooped them out into a bowl with a slotted spoon, leaving the cooking water in the pot.

The Red Bell Peppers were prepped by cutting them in half and removing the seeds. They went into the same pot the leeks were cooked in and were parboiled for five minutes in the same cooking water. The peppers were removed from the water (which I saved to use for the onion soup) and placed in a baking pan. I filled each one with the grain mix and put the remaining grains in between the peppers. Gary had made a quick cheesy sauce yesterday with Cashew Yogurt, Nutritional Yeast, Miso and lemon juice and there was plenty left over. I poured it all over the stuffed peppers and put them in the oven.

I took the cooking water used for the leeks and peppers and mixed in some Barley Miso and Sweet Vermouth. I spooned the carmelized onions into two individual crock soup bowls and poured the broth over them. Once the bread had baked, I sliced two thick pieces and toasted them in the oven to make two large croutons, per Gary’s instructions. He used to make a lot of traditional French Onion Soup when he owned a restaurant in his pre-vegan days. Completing the soup assembly, I topped each bowl with the toasted homemade bread and covered them with lots of grated Almond Mozzarella Cheese. Then they went into the oven to cook alongside the peppers.

The French Onion Soup was better than I imagined it would be. The melting cheese, the crusty bread, the rich broth, it was amazing. I must make this again soon! 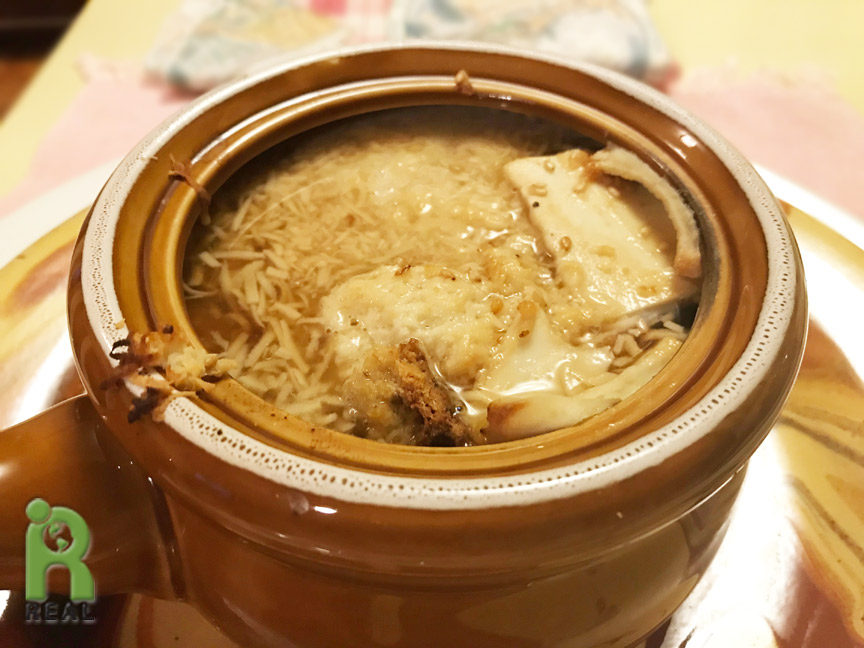 We don’t eat a lot of bread so it’s always a nice treat to have some, especially homemade, served with our homemade vegan butter. 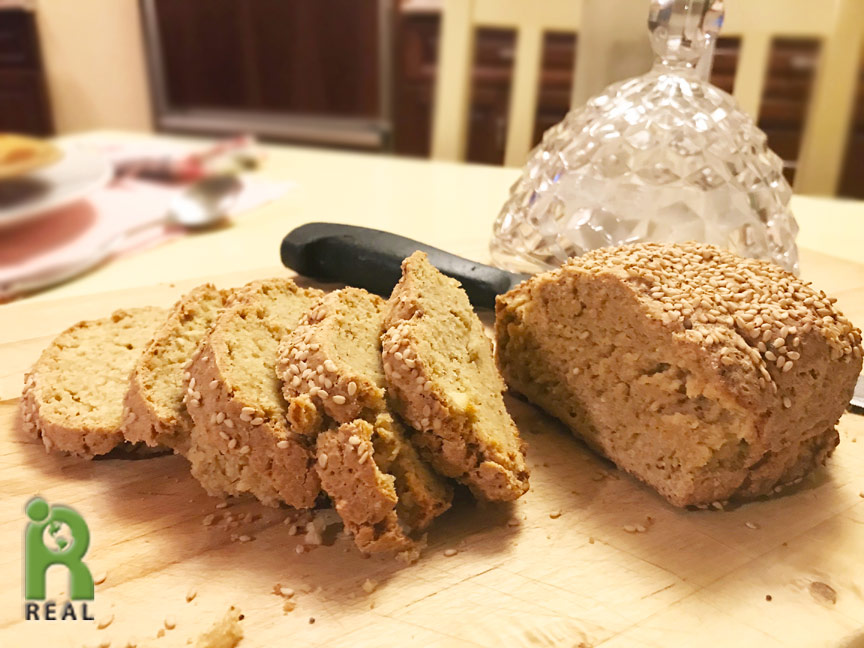 The peppers were also extremely good. After all the work, I am glad I made extra for leftovers. 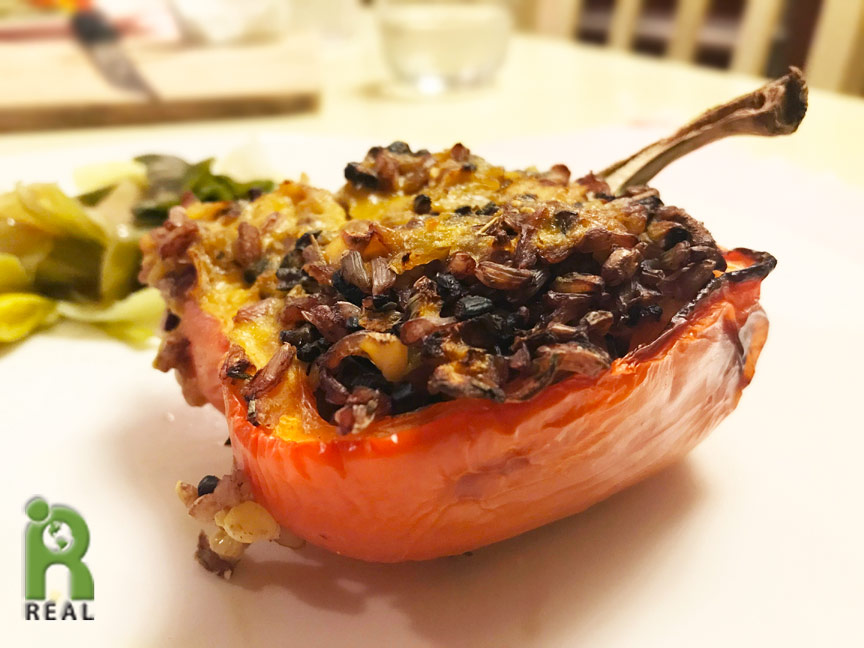 For dessert I thought about making a Tarte aux Pommes (Apple Pie) or a Lemon Meringue Pie, but cut myself a break. We had a nice organic Watermelon waiting to be sliced. It was perfect.