First Meal: We’ll be going to mom’s today. My cousin Donna is visiting from Florida with her daughters and my brother’s family will be joining us too. Tonight is the first night of Chanukah. I had this crazy idea that we should make Potato Pancakes at mom’s house. I had the groceries delivered to mom’s. We packed up four wooden cutting boards, along with three box graters we bought yesterday to add to the one we already had. Before leaving we fortified with Pancakes I had made yesterday, topped with homemade Yogurt, Apple Sauce and Pear Compote. 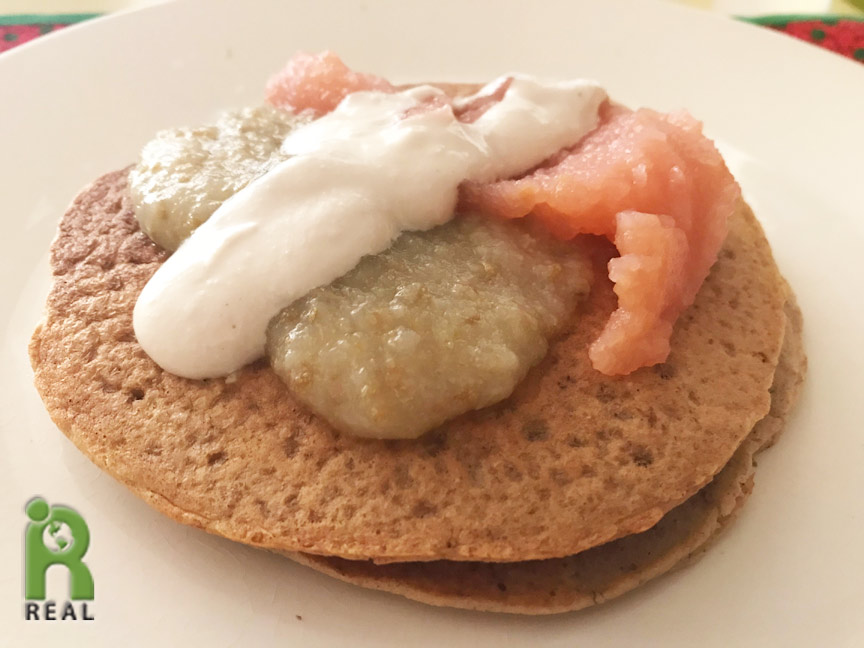 Second Meal: It was indeed a crazy idea! I got everyone grating potatoes and onions. We soaked the potato gratings in water to keep from going brown. Gary and I prepared the batter, squeezing out the water, adding the onions, salt and Potato Flour to thicken. I have not fried Potato Pancakes in a long time but we decided to make the traditional fried version and my preferred Baked Latkes recipe. It took a long time! Gary managed the frying station. After a while I took a break and sat down with everyone for a big Salad. My sister-in-law made a Three Bean Salad and a Kale Salad with Pomegranates. I piled it all together with more greens and more pomegranate seeds. I sampled a fried Latke with Apple Sauce and Cashew Yogurt (instead of tradition sour cream). Okay, I will admit it was pretty good. 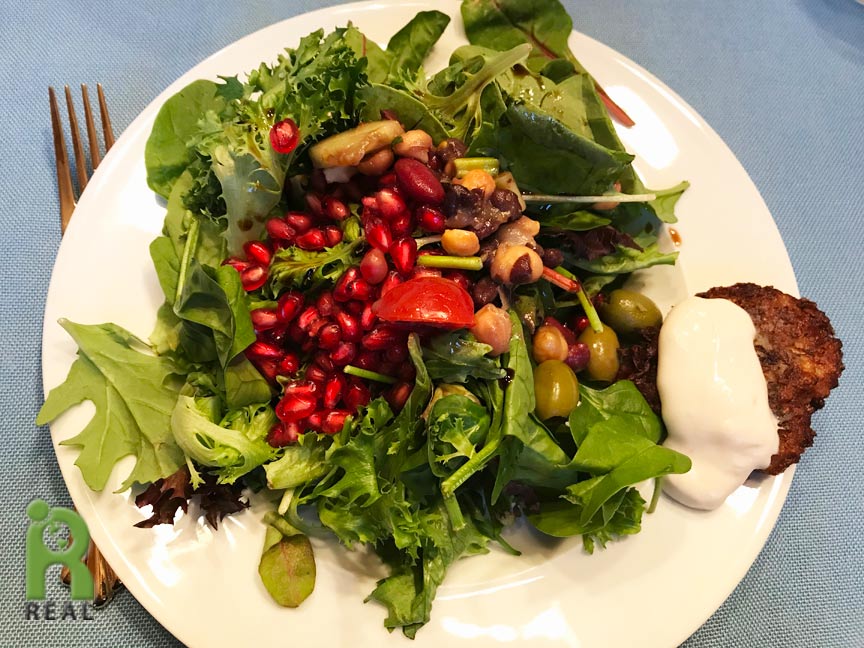 We piled the pancakes on a plate after frying. 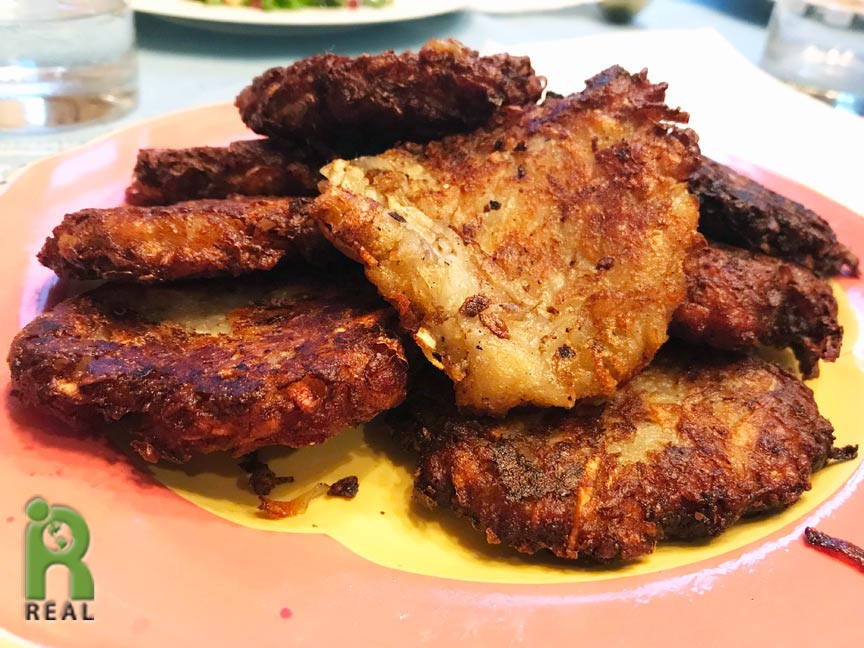 I also baked a tray from the same batter. Here they are. Yes, side by side, I definitely prefer the baked version. 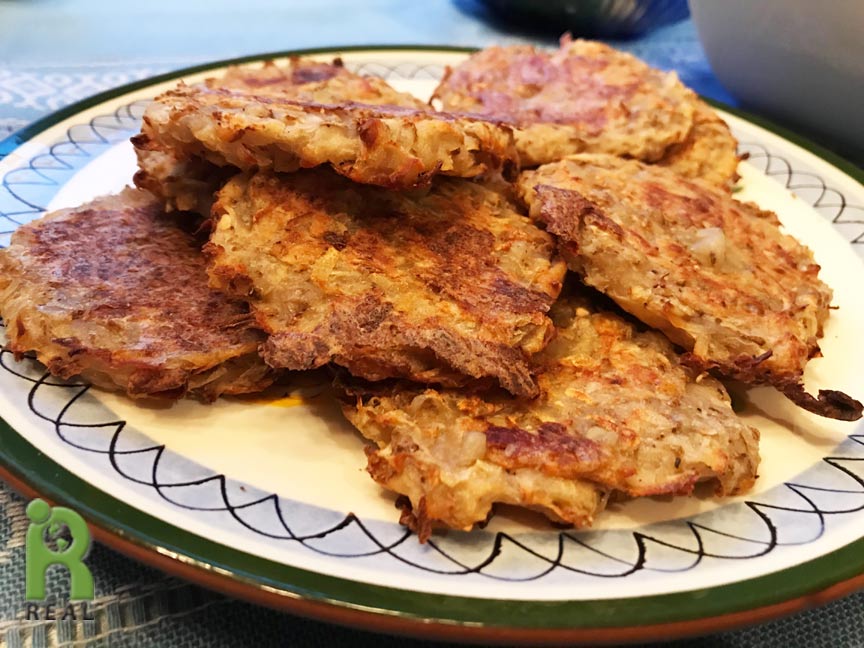 Third Meal: We were at mom’s for eight hours! After cleaning up all the dishes, pots and pans we said our goodbyes and went home. We were hungry! We walked straight to Green Zenphony for a late night supper. The restaurant’s phone number isn’t working as they are switching providers and we thought they might be closed. Happily they were open. I ordered the Taro Ring with Vegetables. I love it. The Taro has a little cinnamon in it which surprisingly works well with the savory Vegetables. 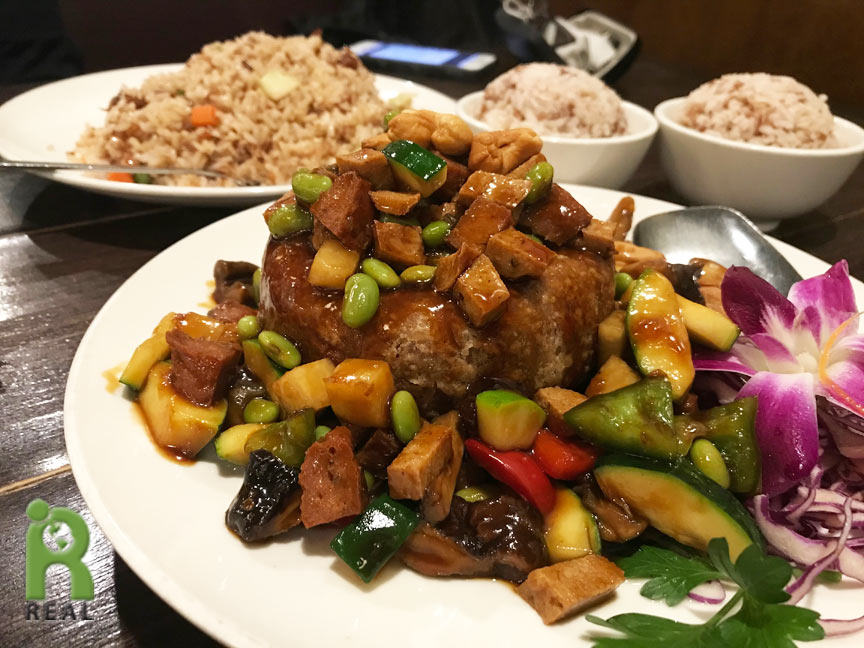 Gary, still recovering from a tooth extraction, chose the soft Bean Curd Supreme, and he gave me the hard to chew greens. 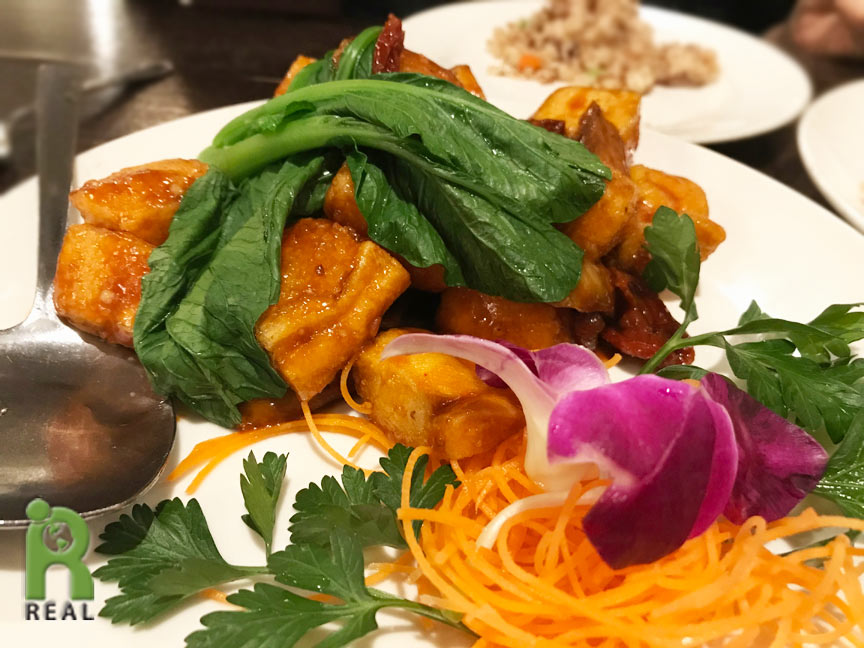